White supremacy culture in professional spaces is toxic — to dismantle it, we must first be willing to name it!

By Ashley Lugo, a human who works in fundraising and development

Throughout my career, I’ve worked many, many jobs in a variety of sectors. Any talent that I had and could make money off of, I, for lack of a better term, milked it. Most of those jobs didn’t materialize into a full-blown career until my first full-time development position. My first development position was also, truly the first time I faced white supremacy culture head-on. But before I dive into that, I must first explain how I got this job in the first place.

After I graduated from university with a Bachelor of Music in Vocal Performance, my first real job out of college was at an arts NPO that primarily served BIPOC youth. Their mission includes words like ‘provide’ and ‘music education.’

I was only one of three POC employees. I eventually began to feel exploited due to what I know we’ve all experienced in this sector: low-pay, high expectations, and lack of support.

I was exhausted when I quit.

That’s when the leaders of another NPO reached out to me about a fellowship. They claimed to be ‘different.’ They were another arts organization whose mission includes words like ‘DEI’ and ‘community.’ They had heard about my negative experiences at the first org and wanted to prove to me that the arts could be equitable and that the change lived within me.

The many faces of white supremacy culture.

Characteristics such as perfectionism, quantity over quality, paternalism, and individualism uphold white supremacy culture in our work environments.

I didn’t expect to deal with white supremacy culture so explicitly during my fellowship. The organization was founded by a Black man and has many BIPOC on staff as well as on the board. Going in, I believed this place was going to be different from my previous experiences, so much so that when the fellowship ended, I took a full-time job with this organization.

And then I experienced things that were wildly traumatic to me: Finger-pointing, defensiveness, gaslighting, and guilt-tripping. I was also made to feel like I owed them something since I never actually applied for the fellowship or the job itself. My superiors never explicitly said, “You should be grateful,” but their actions spoke volumes.

Once, we had a meeting with a foundation who was specifically funding the fellowship. I was invited to the meeting even though I had never communicated with the foundation. As a development associate, I had never been on a site meeting so I was excited about this opportunity but also curious as to why I was suddenly invited. In the meeting, I didn’t really speak. There was never an opportune moment for me to provide any input nor was I invited to share anything except for a small moment when our CEO began to specifically focus on the fellowship.

They opened the space for me to briefly explain to the foundation head that I was an alum of the fellowship and was eventually hired full-time. The CEO then went on to say something along the lines of my story ‘symbolizing’ the success of the fellowship. And that was it. After that, I just sat there for about another 30 minutes waiting for the meeting to end. I remember leaving that meeting feeling quite disturbed, but not sure why I felt that way. Now, when I look back I realize I was being used by them to pitch for more money.

But then I also think about how I felt — used and invaluable.

In another instance, I had an upsetting disagreement with my boss over text message. They had asked me at the top of the week if I wanted to go to a luncheon with one of the organization’s fundraising committees — the committee was going to present us with a check from a fundraiser — and my boss thought it would be a good idea for me to be there. The day of the luncheon came and I woke up feeling really anxious. I reached out to my boss over text and explained to her that I wouldn’t be able to attend because I wasn’t feeling well.

Her response was to essentially reprimand me for canceling at the last minute because she assumed I just “wasn’t feeling up to it.”  I defended myself and explained that I didn’t understand why she was reprimanding me. I said that it wasn’t made clear to me that once I agreed to attend an event, it was mandatory.

Long story short, the next time my boss and I saw each other in person, she forced a meeting on me to discuss what happened and demanded an apology because she felt disrespected.

The symptoms of white supremacy culture.

When I look back at my tenure at this organization, I think back on moments like that one. I try to be critical of myself and truly challenge my own perception of what happened. Could I have done anything differently?

… white supremacy culture is so insidious that oftentimes, we are not aware of how we engage with and perpetuate it.

But then I also think about how I felt — used and invaluable. When optics were in play, there I was, the Brown girl, front and center for all to see. But when I expressed my discomfort at work or defended my decisions, I was deemed aggressive and ungrateful.

I know that my experience there was exacerbated by the fact that I struggle with complex post-traumatic stress disorder (C-PTSD) but, if anything, that only highlights how toxic this workspace was. During my tenure with this organization, I didn’t even know about C-PTSD. I knew I was depressed and experienced major anxiety, but those symptoms coupled with my experiences at this organization eventually resulted in my diagnosis. C-PTSD is usually an outcome of trauma experienced over time, and it makes sense to me that working at this organization exacerbated my symptoms. It just goes to show how traumatic white supremacy culture can be.

Now, this essay isn’t meant to be an attack on this organization. It’s about how white supremacy culture is so insidious that oftentimes, we are not aware of how we engage with and perpetuate it. My superiors were both women, and one identified as BIPOC. It is possible that this place just wasn’t aware it was promoting white supremacy culture as much as it was.

Nonprofits, in particular, often uphold white supremacy culture through pushing a sense of urgency for the sake of progress —  the urgency to raise more money, the urgency to gain more major donors, the urgency to apply for more grants. Many EDs run their organizations through a sense of resource scarcity, resulting in employees doing much more work for less pay. In my opinion, this created sense of ‘urgency’ is another reason why you don’t see as many BIPOCs among the administrative and decision-making staff at nonprofits because those making the hiring decisions would rather fill administrative positions fast instead of conscientiously.

Because of this, I think about leaving the sector every day.

When I’ve spoken out about these issues in the past, most of my employers took advantage of their power and belittled me, reminding me of my place within the hierarchy.

Because of this, I think about leaving the sector every day.

So, where do we go from here?

Of course, there is still much for me to learn. I have yet to figure out for myself if I dislike fundraising. As a brief reminder, I had no idea what development teams did when I signed on for that fellowship. Honestly, I still don’t think I fully understand, based on my previous work experience. At my new place of employment, I still experience moments of white supremacy culture, but they have a designated HR representative, and I feel more supported than before. I recognize I’m a novice in this sector and I want to give this type of work a chance.

Another thing keeping me around is hope.

The launch of CCF and the solidification of this community-centered movement has empowered me. I’m also in a less insular work environment and am doing much better mentally. There is space in my mind to welcome the idea of building a community around these experiences. Through CCF, I’ve met individuals in the sector to talk and commiserate with. Knowing that there are others around the nation — and truly, the world — that share experiences like me and are unhappy with the sector makes me feel secure. I have hope that this movement will bring us together and not just change the face of the sector but also, the many issues dependent on the sector.

My experiences and feelings about my last job are valid but I can now name these experiences as characteristics of white supremacy culture. Doing this has helped me be more empathetic towards those past employers because white supremacy culture is simply an unnamed condition of our societal systems. I once felt that the only way to create change within this sector was to work my way up to being an ED and pray that I didn’t lose myself along the way.  Due to conversations with individuals I’ve recently met, I’ve been encouraged to re-imagine all of my expectations within this sector and to continue to be critical of it.

I hope that one day we won’t need the nonprofit sector. In, The Revolution will not be Funded, by Incite! they write that, “the state has disavowed it’s responsibility for the health and well-being of its population, non-profit industries have grown to assume this role.”

Until then, we must continue to share resources and hold space as a community, not just to keep us informed, but to keep us mentally and emotionally grounded. After all, community, as a social construct, has existed well before capitalism, and it will be community that heals and lifts us up. 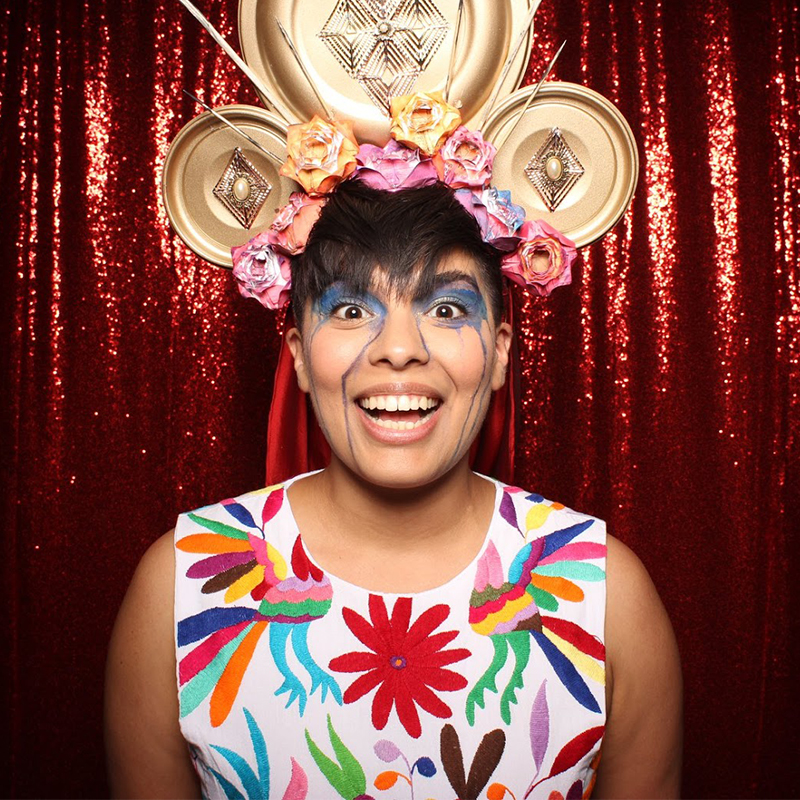 Ashley Lugo (she/her) is perpetually confused and trying to keep up with society … what is TikTok and why? She is the current development manager at the Tree House Humane Society in Chicago. She holds a Bachelor of Music in Vocal Performance and performs every day in the shower and while cooking. She sits on the board of the Thompson Street Opera Company and on the development committee of the Chicago Chapter of UN Women. Ashley can be found at lugoa93@gmail.com and on LinkedIn.