Nonprofit Industrial Complex 101: a primer on how it upholds inequity and flattens resistance

I believe creating and updating lexicons are crucial in helping us see our world more clearly. I also believe it’s important to take the time to define and explain these words for people who weren’t around when they were crafted, because we risk excluding people with language that seems overly technical if we don’t.

And sometimes the language is overly technical, which is something those of us with the privilege of a certain type of education need to reckon with if we want to be part of accessible movements. Other times, specificity in language is necessary for the sharp definition it brings to something important.

The term “nonprofit industrial complex” is one of these pieces of language that benefit from definition. It needs a place in our shared vocabulary, for the way it helps us see the nonprofit sector more clearly.

What is an ‘industrial complex’?

There is a substantial amount of idealism in the mainstream imagination when it comes to nonprofits. “Charitable nonprofits embody the best of America,” proclaims the National Council on Nonprofits. “They provide a way for people to work together for the common good, transforming shared beliefs and hopes into action.” Nonprofits are held up as the path toward making the world a better place. However, as with most mainstream narratives, the truth is far messier. This is because of the nonprofit industrial complex.

It’s a little like setting off to explore the wilderness of radical change, only to realize you’re in a man-made hedge maze leading in one direction. Each bend of the maze is erected by a network of public and private entities — including the state, businesses, individuals, and nonprofits themselves — who make decisions that uphold the power each of them has in society. (Here, the ‘state’ refers to various arms of government and their role in maintaining society, including its oppressive principles.) These entities, and the way the relationships between them advances their interests rather than the public good, make up the nonprofit industrial complex.

The result is a labyrinth that restricts how we can move within nonprofits, funneling our work in certain directions and walling off others. It turns radical possibilities into dead ends, ensures that the path of least resistance is one that doesn’t challenge those in power, and amplifies corporate and state interests over the voices of those most impacted by inequity.

This April, Jeff Bezos generated dozens of headlines by donating $100 million to Feeding America to combat food insecurity in the wake of COVID-19. The scale of this donation created a screen of good PR at a time when Bezos and upper management at Amazon have come under fire for firing warehouse workers demanding safe working conditions during the pandemic.

And while $100 million may seem like a large sum, it is only half a percent of Bezos’s total wealth. Bezos may be an extreme example of wealth, but he embodies big philanthropy’s norms — rather than an exception. Nonprofits unwittingly become part of a story the wealthy elite use to normalize their wealth and avoid public scrutiny for their role in creating economic inequity. We are taught to see the wealthy’s charitable giving as proof of their moral character instead of wondering how they came to have so much money in the first place.

Even when massive donations happen outside the public eye, there is a financial benefit for the wealthy: To incentivize giving, both individual donations to charities and giving to private foundations are tax deductible. While this is meant to spur support for organizations serving the public good, it comes with unintended consequences.

First, it establishes private foundations as a legal way for the wealthy to avoid paying taxes on large chunks of their wealth. This effectively guts revenue for public social services for working class people — a trend that’s persisted for four decades.

Second, it facilitates further wealth accumulation for the rich. In the United States, foundations are legally required to give away 5% of their assets annually in order to ensure they are active in charitable giving. However, they rarely choose to exceed this 5%, instead investing the vast majority of their endowment in the stock market and growing their assets without ever giving a substantial share to charities.

“The reality is philanthropy is a system that allows rich people to maintain control of their wealth,” explains Dean Spade, activist and founder of Sylvia Rivera Law Project. “Instead of having it be taxed, they can put it into a foundation, which is still a bank account that they get to control what happens to.”

One way the heads of these foundations maintain this control is by choosing which political and economic projects they put their money toward. Foundation staff determine the criteria for which organizations receive their funding, allowing them to pick the causes that become better resourced. However, for the most part, foundations are not representative of the communities most impacted by inequity. A 2014 study found that white people comprise 91% of foundation executive directors, 83% of foundation executive staff, and 68% of program officers. This lack of diversity shows in how foundations give their money — the same study found that only 7% of foundation grant giving went toward nonprofits that explicitly serve people of color.

The structures of big philanthropy make it easy for nonprofits to become more invested in their funders’ agendas than in the communities they serve. Myrl Beam, author of Gay, Inc.: The Nonprofitization of Queer Politics, describes the effects of this process on the goals of queer liberation activism: “As the movement has become more and more reliant on a small number of wealthy donors, as well as corporations and private philanthropy, the goals of the movement began to shift to be more in line with what those funders would prioritize. So, why [gay] marriage? Because rich people wanted it, ultimately, and they drove the agenda of the movement with their donations.”

The above is only one example of the various ways the nonprofit industrial complex introduces means of top-down control into the way nonprofits operate. The state also monitors and suppresses leftist activity in nonprofits through the IRS, which watches for any political activity that may jeopardize an organization’s 501(c)3 status. For instance, a 1938 addition to tax code determined that any organization formed “to disseminate controversial or partisan propaganda is not an educational organization,” and therefore not eligible for tax-exempt status.

You can see how the state is afforded quite a bit of power because they are able to selectively enforce this limit in the tax code. For instance, the state is unlikely to grant exempt status to an organization whose primary mission is the abolition of the state itself (yet many right-wing hate groups have had no problem registering for exempt status). This means organizations with radical, leftist politics are forced to either water down their mission in order to comply with the IRS, or they must forgo 501(c)3 status and the ability to offer tax exemption to potential donors, which de-incentivizes giving. The result is a nonprofit sector that is limited in its ability to engage in transformative, community-led justice.

Too often, the above pressures cause nonprofits to engage with communities on the terms of the select few who have the most power. This sets organizations up to reinforce strategies that treat inequity as an issue of individuals rather than of systems, because these are the strategies that align with their funders’ worldview.

If nonprofits want to be a part of systemic change, they should instead be taking cues from grassroots movements built by communities. There are organizations created by and for the most marginalized, organizations that actively challenge the nonprofit industrial complex in the way they operate. While we’ve seen an increase in their numbers, it’s not uncommon for these organizations to remain outside of the nonprofit world, either due to lack of resources or because they intentionally choose to remain free of the nonprofit industrial complex’s influence. (After all, we know too well how often people of color in nonprofits are met with hostility and resistance when we challenge the status quo.)

People in radical nonprofits want to do good. We get into this work hoping to find a constructive avenue for our desire to fight for racial, economic, gender justice, and more. The nonprofit industrial complex blocks us from doing our work. It incentivizes top-down approaches to inequity, imposing the agenda of the wealthy onto the way nonprofits work, which nonprofits in turn impose through our engagement with communities. We know the current system isn’t a viable mode of political action. We know that emergent change originates at a grassroots level, from the communities most impacted by oppression. N’Tanya Lee, cofounder of socialist activist hub LeftRoots, puts it perfectly: “If you want a new society, you have to figure out a strategy where the people in leadership are the ones who have the most at stake in changing the society.”

Community-Centric Fundraising provides a different framework for thinking about how power flows through our organizations. Instead of reinforcing donors as agenda-setters in nonprofits, community-centric fundraising asks, how can we invite our donors deeper into conversations about the root causes of wealth inequity? How do we create accessible inroads for members to identify the best strategies for nonprofits?

We can use the term ‘nonprofit industrial complex’ to help us think more critically about how nonprofits operate in the world. Through its lens, we see that the nonprofit sector is not immune to the pressures of capitalism or structural racism. We see that, counter to dominant narratives, big philanthropy is not the ultimate solution to wealth inequity. Once we see clearly, we can continue conversations about how the nonprofit sector is complicit in systems of oppression — and what we can do about it.

Communities deserve to set the agenda for our own liberation. And nonprofits should be a resource for the struggle. 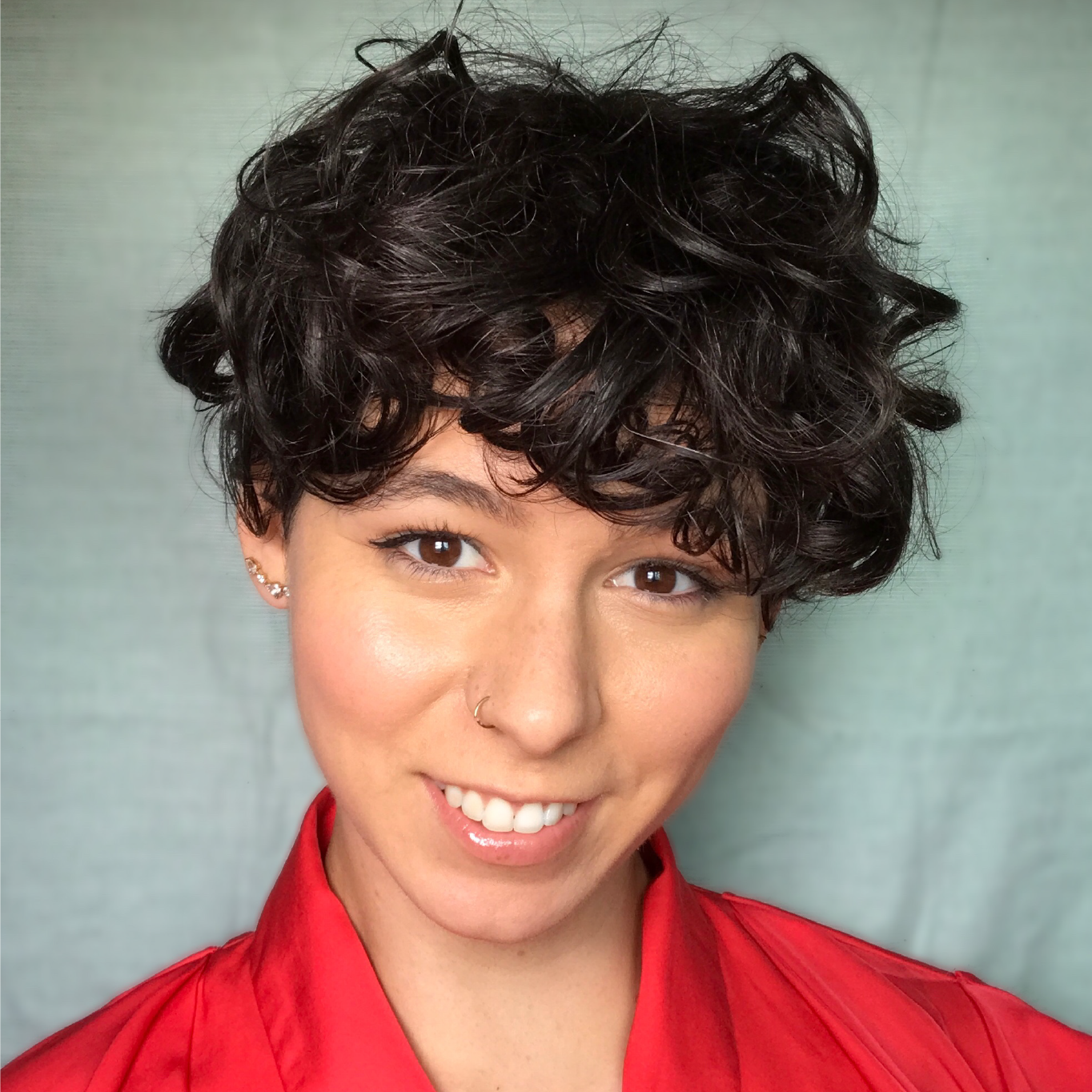 Sidra Morgan-Montoya (they/them) is a Chicanx multimedia artist working in performance, new media, and community-engaged arts facilitation. Their work considers identity in community, prodding the point at which our inner worlds and material reality touch. They enjoy napping, writing weird riot grrrl ballads, and swaddling tiny dogs in blankets in Portland. Their current project, a super gay anti-capitalist satire, can be found at @lifeofpi.nky on Instagram. General creative updates at @selfietheorist.