Silence is complicity: What is unsaid speaks volumes

By Nicole Salmon, founder and principal consultant of Boundless Philanthropy

Welcome to the social profit/nonprofit sector. You know, the good sector, the one that has long basked in its reputation of doing good work. It’s an inherent goodness that is unquestionably bestowed upon it.

However, for far too long Black, Indigenous, and People of Colour have absorbed all that the sector has on offer — the good, the bad, and the downright harmful and reprehensible.

And their stories are disturbing.

In 2020, I got the opportunity to co-edit a book with Nneka Allen and Camila Pereira called Collecting Courage: Joy Pain Freedom Love. The book, published in November 2020 by Gail K. Picco Books, an imprint of Civil Sector Press, features the work of 15 Black contributors. The authors open up to share their experiences and truths as Black fundraisers drawn towards the power of philanthropy to change lives, but who find themselves “othered” within the very sector hallmarked for doing good deeds and providing vital services.

The book has been well received by many. For Black, brown, and other underrepresented groups in the sector, the book’s message resonates and validates individual and collective experiences. Along with receiving many individual endorsements, the book has been reviewed by Krishan Mehta, Ginelle Skerritt and Tycely Williams, three well-respected individuals with deep knowledge and expertise about the sector.

Some white counterparts, overwhelmingly female, have stepped forward with a level of intentionality that demonstrates courage in confronting the truths shared in the book. They are stepping forward, loud and unabashed in their commitment to challenge and dismantle long upheld, revered, and oppressive systems. They have deliberately chosen to walk the talk and that support is appreciated and welcomed.

However, sadly but not surprisingly, many others who in the past (and currently) publicly profess and position themselves as social justice and equity-seeking allies and advocates have chosen to remain silent.

Collecting Courage is the first-ever book of its kind about racism within the charitable and philanthropic sector, and these “sector leaders and legends” chose the “no comment” option? Why is that?

If there was ever a time to demonstrate solidarity and support a movement towards equity and racial justice within the sector, that time is now. Collecting Courage is an important contribution in understanding the impact and harm caused by inequity and anti-Black racism within the sector. It is difficult not to interpret your silence as complicity with the inequitable status quo.

Sometimes it’s the things that are not said that scream the loudest.

The non-reaction from high-profile sector voices and institutions speaks volumes. The silence is deafening. It appears that displays of solidarity are fleeting, elusive and only possible when the terms are set by them. Now is a time that demands pushing past discomfort and fear. Now is the time for some action and most of all courage.

So what could possibly be at play that may account for the book being greeted with silence from many who usually don’t shy away from adding their voices and perspectives on a variety of sector topics?

For far too long Black and brown bodies have borne the impact of overt and covert aggressions that bury themselves in one’s psyche, inflicting hurt in silence. So often we are embarrassed to share the pain with anyone, even with those closest to us.

For far too long the power holders in the sector have defended and revelled behind a bastion of “whiteness” as the norm and default standard within its walls.

This entrenched standard demands a case be made or a solid rationale presented to justify any and all deviations from the accepted standard. Failure to make a “good” case keeps the default firmly in place, thus leaving the standard to always prevail.

For far too long many have observed the wrongs and chosen to walk away. Maybe the reality is too much to bear and uncomfortable to face.

For far too long silence has been the chosen way. The price of silence comes at a cost that Black and brown bodies can no longer or are prepared to pay. We must reckon with this idea of the purity and “inherent goodness” of the sector because there is much more to the story. We must find the courage to hear the emerging and disturbing truths. These truths have co-existed alongside the sector’s ability and promise to deliver and provide much needed programs and services.

“When you live in an old house, you may not want to go into the basement after a storm to see what the rains have wrought. Choose not to look, however, at your own peril. The owner of an old house knows that whatever you are ignoring will never go away. Whatever is lurking will fester whether you choose to look or not. Ignorance is no protection from the consequences of inaction. Whatever you are wishing away will gnaw at you until you gather the courage to face what you would rather not see.”
– Isabel Wilkerson

Certainly, 2020 was a watershed year, one that in the annals of history will be defined by the big stories that captured the headlines of the year: COVID-19 and the global awakening to structural racism, specifically anti-Black racism. The pandemic seemed to come out of nowhere, taking the world by surprise, dislodging our routines and radically reshaping our lives seemingly overnight.

The other story of anti-Black racism erupted in the spring, triggered by an eight+ minute video showing the excruciating death of George Floyd as he bore the weight of a policeman’s knee on his neck denying him his breath. At that moment, the fullness of Mr. Floyd’s humanity was stripped, rejected and denied. The brutality of the act seemed to come as a surprise to so many.

The truth is, Black people or any other communities whose daily lives have been framed by a constant assault on their existence and humanity, were not surprised. It’s a story that has been and continues to be, witnessed and told for decades preceding our lifetime.

The prevailing image of racism and specifically anti-Black racism exists at the extreme of our imagination. There is a sense that there is a racism threshold that clearly delineates where racism starts or what racism looks like. Using this line as a guidepost, all actions, inactions and behaviours are fair game as long as one does not cross over that line. So if your vantage point happens to be from that perceived line, then I suppose, one could easily claim that racism does not exist in the sector. That line is a mirage and optical illusion.

It’s easy to label extreme acts as racism but what about the ones where the actions and inactions appear benign. These benign acts are being described and called out for what they are and the impact and harm that they inflict on Black and brown people, and other underrepresented groups within the world of fundraising and philanthropy.

Maybe the silence is rooted in an “aha” moment when racism, as described in Collecting Courage, is framed in a recognizable and familiar way. If you have seen, partaken, and/or ignored these behaviours and actions, what does that say about who you are? If this is your fear, you may not see this as an opportunity to move past your fear, but indeed it is. Consider at the very least, acknowledging the experiences shared, reflect on how you may have responded in the past, decide on what you can do differently, and finally, move forward and act.

A sentiment I have heard expressed by several people on virtual calls is a fear that they may say the wrong thing. Well, this is not the time to suddenly lose your voice and to be risk-averse. Be curious to learn and understand the issues, the language and the terms used in anti-racist work. Also, be prepared that you won’t get some things right; none of us do. But be open to being corrected if you make a misstep and move on.

I have 10 pages of very powerful quotes pulled from each of the author stories in Collecting Courage and this one pulled from Nneka Allen’s contribution called “Our Love is Our Only Freedom” aptly applies here:

“Sisters and Brothers, I believe that courage is just on the other side of fear. If you just wait in the angst a few more moments, courage will emerge.”

Until then we keep churning away, we keep our eyes on the ultimate prize: justice and freedom. 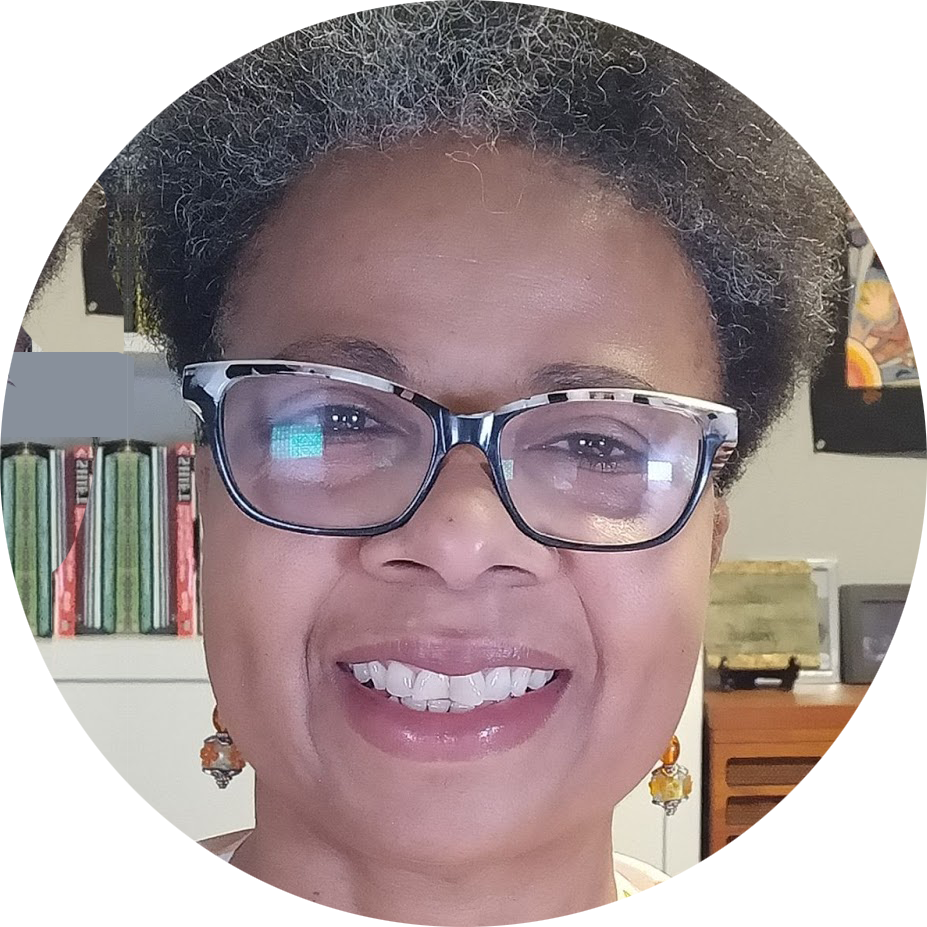 Nicole Salmon (she/her) is shaped by her Jamaican identity and deeply influenced by spending two-thirds of her life in Canada, Nicole is a skilled communicator who embraces her natural curiosity and thirst for variety and new challenges. An avid reader, gardener, sports enthusiast and mentor, Nicole is anchored by family, committed to service, building connections and deepening personal relationships.

Spending over 25 years working in the nonprofit sector managing a variety of fundraising portfolios, in 2014 Nicole founded Boundless Philanthropy, a fundraising consultancy providing a range of fund development services, including interim senior leadership and leadership development. She is a former Director of Fund Development for a Canadian international development organization (INGO).

Co-editor and contributing author of the book Collecting Courage: Joy, Pain, Freedom, Love, an anthology featuring first-person narratives from 14 Black fundraisers from Canada and the United States that documents their experiences and the impact of confronting racism within the charitable sector. (Follow them on Twitter and Instagram.) Nicole serves on the boards of two nonprofit organizations: A Book Review Panelist with The Charity Report Literary Hub and an inspired member of the Black Canadian Fundraisers Collective. Connect with Nicole on LinkedIn, Twitter, and Instagram.