I’m an executive director who has worked for free for nearly 10 years. Is it still even worth it?

Eight years ago, I had an idea. The idea was inspired by what I had seen at other organizations around the country, but for where I resided, in Central Virginia, it was a new thing. After about a year of testing this idea out and playing with it in a real-world sense, I decided to commit to seeing it come to fruition. I would end up spending so much of my time — without compensation, mind you — working relentlessly, because I believed in it.

This was my foray into the messy world of nonprofit work.

In retrospect, there were a number of people who prompted me to reconsider starting a nonprofit. Friends who were business owners or those who had their own experiences in the nonprofit field implored me to really assess why I thought my goals had to come to fruition as a charitable business.

It was because I was convinced that I wanted this endeavor to belong to the people. I had observed many successful NPOs, from Kids Across America to Big Brothers Big Sisters, and I wanted to join the ranks of organizations that existed for the common good instead of the bottom line. There was also a part of me that was concerned about the threat of capitalism infecting the heart of any altruistic mission. Declaring a position as “not-for-profit” seemed to be a way to avoid that.

There is also a sense of romanticism about it. Visions of “fighting the good fight” and “sticking it to the man” and “doing it for the people” danced in my head like a John Hughes montage. This was my chance to do something that could really make a difference in the world. In a world where visibility matters for Black youth, I’m a part of a bigger system than I initially thought. I’m a part of a small fraternity, a conclave of ambitious nonprofit founders — Philanthropy’s Broke Phi Broke, if you will. I can’t just quit, right? All the blood, sweat and tears  —  I told myself it would be worth it.

Soon though, there comes a point when all the blood and all the sweat and all the tears begin to take their toll.

It’s a still a business

One thing I learned in the time since The Listening became incorporated and tax-exempt is that while there are many different ways to apply the rules, the fact remains that it is a business. The road towards sustainability may look different than the road an LLC or a sole proprietorship takes, but it still exists — and if the plan is to stick around for a while, the road has to live on more than good intentions and passion, and beyond the personality of its founder. All that stuff is great, but it doesn’t amount to a hill of beans without a plan. Nonprofits are still a business, bottom line.

It is, in that fact, that also showed me that the rules of engagement change as the organization grows. What started as a community-based platform for friends and like-minded individuals has evolved into a machine that calls on a lot more accountability. Someone has to be responsible. You and all your buddies may have started this thing over a late night pizza run, but when it all goes down and someone has to answer for collective decisions, best intentions and friendships go out the window. 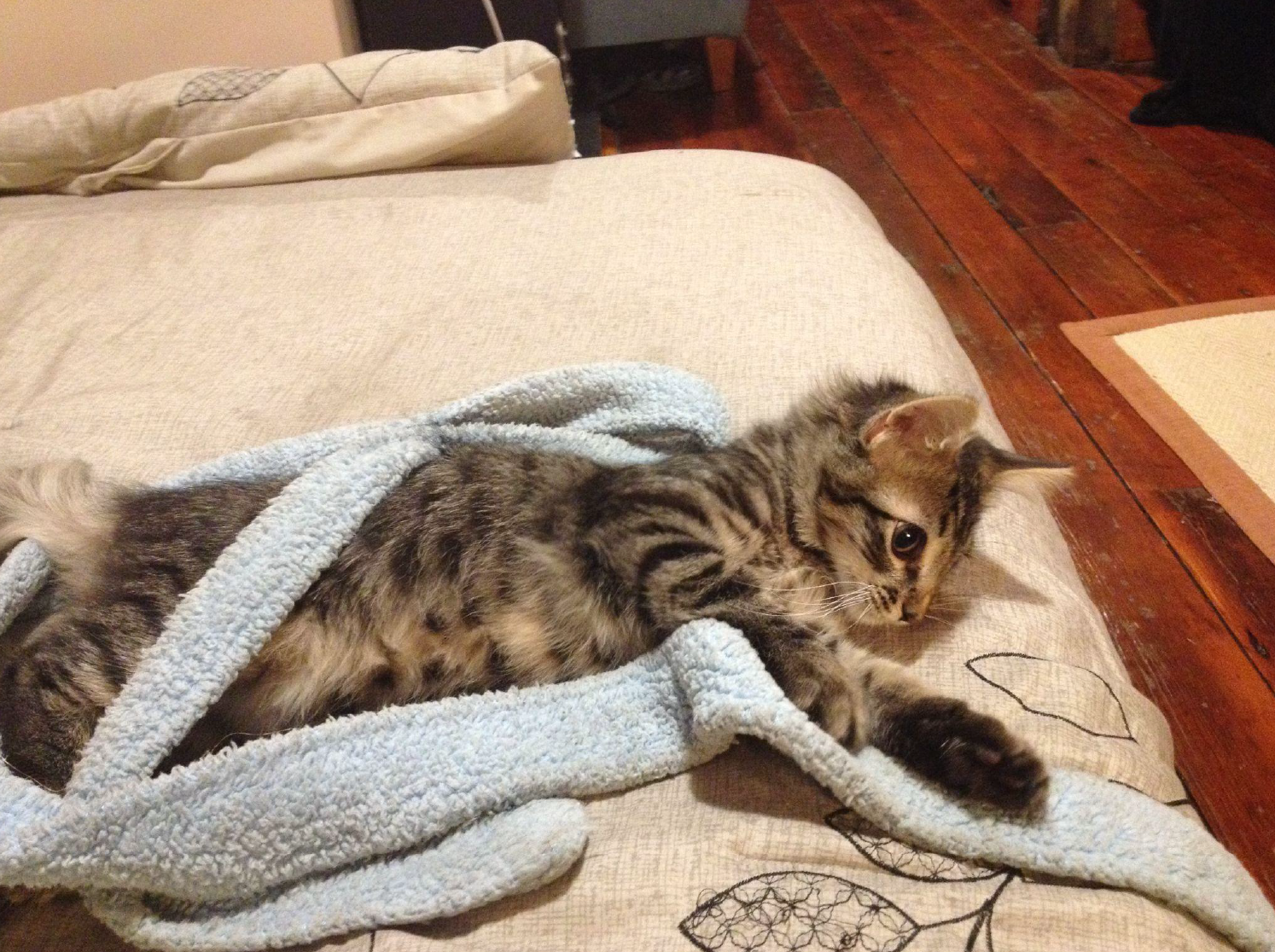 Bodie, pictured here, shortly after we adopted him. Likely preparing to pounce on some unsuspecting toes. (photo cred: me)

There are legal implications now. There are consequences now. There is money involved, money that donors and sponsors entrusted you with to complete your mission in a certain manner.

To add to that, consider that life continues to move on. When I started The Listening, my wife and I were still relatively newlywed. Eight years later, our little duo is now a family of five (minus one cat  —  we miss you, Bodie!*).

We’ve both transitioned in and out of different employment positions and navigated through different levels in our professional journeys. We are not who we were, and (most of) the people who were around when it all started are not around now.

It’s real in (and out of) the field

My (physical and mental) health has been impacted, I’m sure. I’ve left my wife and kids at home more often than I care to admit, all for the sake of networking and exposure opportunities. For better or worse, many of my relationships exist now because of this organization that I’ve started.

I was recently on the phone with a friend of mine who also started a nonprofit, and we lamented the fact that, in layman’s terms: It’s real out here. We are both parents, but as a single mother, the game is totally different for her and her daughter.

We shared stories of our shared stresses, and both processed how we have considered walking away from it all and just focusing on raising our respective families.

Add to the fact that philanthropy has an awkward history of racism. In an interview with Vox, Edgar Villenueva points out that, “We have a major diversity issue. Ninety-two percent of CEOs of foundations, 89 percent of executives on foundation boards, 81 percent of management for financial services and 86 percent of venture capital investors are white. We often give to people in our network, and to people that we know and look like us. And so because of that major diversity issue in philanthropy, resources are not going to communities of color.”

I’ve learned a lot on-the-fly, but there remains much to be said about scaling these towers with skin like mine.

To add a bit of transparency: Not a month goes by where I don’t sit for a second and fantasize about leaving it all behind. How simpler life would become if I just focused on “the important things.” No one asked me to take on this mantle. I literally asked for it. For all the thanks-for-all-you-do-for-our-community, it takes monumentally more from me and my family than it gives.

(To be fair, if I got a nickle for each “thank you,” my tone would probably be different.)

My (physical and mental) health has been impacted, I’m sure. I’ve left my wife and kids at home more often than I care to admit, all for the sake of networking and exposure opportunities. For better or worse, many of my relationships exist now because of this organization that I’ve started.

The thing is, I would love to continue to do it “for the love” or “for the culture.” These phrases suggest that a labor of love is a labor worth persisting, and that it would be enough gratification to continue, no matter the stress or heartache.

And I may have only been working at this thing for a little less than a decade, but I’m here to call bull.

(Maybe this is the part where I remind you that I’ve been doing this for free.)

If you haven’t gathered by now, I’ll state it plainly: This stuff is hard.

The hours of stressing over a strategic plan, the relationships built and lost and questioned, the stress over developing and sticking to a budget, grant-writing and applications and FUNDRAISING, research on best practices, meetings on top of meetings on top of meetings, assessing the competition, appealing to the community, pouring over models and templates and guides and how-tos most of which say the same thing, understanding marketing and SEO, website development, recruiting personnel for board service and volunteerism and then managing and working with people — and on top of that, remembering the mission and the vision and the point and the purpose for it all.

Then (for those of us who live this life), to go home and make sure there’s clean underwear for the four-year old who’s 98 percent potty trained and that the trash is taken out so the house doesn’t smell like the rough side of a taco truck.

There’s an angle where it’s all worth it. It does exist  —  I’ve seen it. It’s happening. I still feel it in an undeniable part of me that the work I’m engaging in will lead to changed lives and evolved perspectives. It’s like I’m seeing the future of it in vivid 3D. I am choosing to believe that this is a part of the organizational foundation that allows for lives to be changed, a refining fire, if you will. “Nothing worth having…” and all that jazz, I suppose.

I do think, and this is an idea that’s been with me all year, that this is the point where the cost gets counted. I wrote recently about my experience with imposter syndrome. Truthfully, is it worth it, or am I fooling myself?

If you’re a nonprofit professional, I’d love to hear from you. What did it look like when you finally counted the cost? How did you make it over? What does it look like doing it “for the love,” and was/is it worth it?

*Don’t worry, Bodie is perfectly fine  —  he’s staying with some friends of ours. As far as he’s concerned, he’s on a really long sleep over. Unfortunately, the ‘pet-owner’s fee’ for where we’re renting was too much, and asthma is a reality for our family. Sad face. 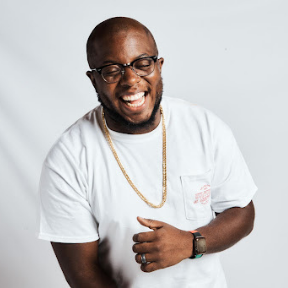 Nicholas Steven George (he/him) is the founding executive director of The Listening, Inc, an organization in Central Virginia, with the mission to engage, change and save lives with the performing arts through community engagement and youth programming. Developing his creative and performance style of writing since his teenage years, Nick is continuously growing as a poet, author, public speaker and facilitator. With a strong background in performance poetry (also referred to as “spoken word poetry”), Nick pulls from his own life experiences and personal challenges as inspiration for his work. Through advocating for mental health and recognizing the utility of the performing arts, Nicholas uses his voice and skills to ignite social impact, challenge stigmas, and develop deep community. When he’s not living vicariously through Amanda Gorman or fantasizing about the Marvel Cinematic Universe, he’s living his best Black life with his wife and three children. You can see more of Nick’s work on his website, follow Nick on Instagram at @nickgeorgethepoet, and tip him for his work via Cash App, $nsteveng.