The people doing this work have value. They deserve better than to be treated as a necessary evil.

There’s a TED Talk by entrepreneur and humanitarian Dan Pallotta, entitled: The way we think about charity is dead wrong.

You probably remember the first time you saw it.

In many ways, you can mark two periods in every nonprofit professional’s career: before they watched this nineteen minute video, and after. (If you haven’t seen it, it’s worth the 18:43 to watch it yourself sometime.)

The gist of it is this: Nonprofit organizations are held to a double standard when compared to their for-profit counterparts. Most importantly, nonprofits are constrained by the myth that overhead — the cost of compensating the people who perform, administer, and fundraise for their programs — should be as low as possible.

This video was a huge deal when it came out in 2013 and for many years since, and I think I know why. Watching it felt like finally having the language to argue for something that we already knew to be true:

The people doing this work have value. They deserve better than to be treated as a necessary evil.

After all, none of this work happens without the people doing the work.

This summer, I started working in an office again after five years as an independent freelancer working from home. (I have since gone back to working entirely from home, but that is less important to the story.)

Part of the reason why I took the job, why I shelved consultant work, is that I missed having coworkers. I like the sound of people in the background. It helps me work.

For a couple months, every Monday, I would sit down before our weekly department meeting. I would listen to the sounds of people in the background, and I would work my way through my fundraising reading list. (Shout outs to Simone Joyaux, who reliably recommends at least 2 must-reads at every AFP committee meeting.)

On one such Monday, I was reading a very good book on donor relationship-building and I read a passage that made me think.

Get out of the way of the story.

My first thought was “Well, of course. Everyone knows that.”

And then I enjoyed a moment of smugness, that my professional expertise was being validated by this well-regarded fundraising expert. Good work, Nate.

But then I did have a second thought.

“Doesn’t this completely erase the people who actually do nonprofit work?”

And most notably, we erase the people who make up those layers, without whose work there would be no program to support.

You are probably familiar with this popular bit of craft in fundraising writing.

It is a data-based best practice rooted in a deep empathy for donors and an understanding of their perspective. When donors give, they aren’t thinking about us or our organization — they are thinking about their relationship to the mission. This was honestly one of the most valuable contributions from the donor-centrism movement to the fundraising field.

So, when writing fundraising copy for donor eyes, you make it about their direct relationship to mission.

The distance between the donor and their impact is rhetorically shortened to the shortest distance possible for the most effective fundraising copy. You get out of the way.

But you’re not just getting out of the way, are you?

A lot of things happen in the relatively simple process of putting the donor as close as possible to their impact, and a lot of things are obscured in the process.

We erase the physical distance between the donor and the places where the programs they are supporting take place.

We erase the many operational layers that actually lie between the donor’s donation and the people that their donation helps.

And most notably, we erase the people who make up those layers, without whose work there would be no program to support.

We’re not trying to hurt those people, but the way we are encouraged to think about what they make creates an environment where mistreating or exploiting them is easier.

There is a concept that comes out of marxist political theory called commodity fetishism.

Aaand now that everyone has closed this tab, I suppose I can talk about whatever I want.

You know, the second season of “The Wire” is criminally underrated. A lot of people watch the dock season, and they’re like, ‘Who are these jabronis?’ and, ‘Where are my good friends, Bubbles and Omar?’

Listen, this show is not just about one criminal organization, it is trying to paint a holistic picture — a rich tapestry of overlapping systems failure in a large and complex metropolitan ecosystem, and if you’d just have some PATIENCE —
Oh! You’re still here, great!

Anyway, commodity fetishism is essentially the idea that you look at a thing, like a pair of jeans or a complete box set of “The Wire” on DVD, and you think:

This item has a certain value. It is comfortable, or it is entertaining. Because of those things, I’m willing to pay $60 for it (or however much jeans cost these days).

This is the way we’re more or less acculturated to view items and their value. But it has some pretty obvious downsides, doesn’t it?

We’re not trying to hurt those people, but the way we are encouraged to think about what they make creates an environment where mistreating or exploiting them is easier.

And I think we would be foolish to think that there is not a similar danger in the erasure of the nonprofit worker.

The less value is placed on nonprofit work, the more work we have to do in order to raise money for it.

When we make the donor the only actor with agency in our narratives, we erase the nonprofit worker in those narratives.

The donor feels like they are the hero of the story, because that is how we want them to feel.

That is the feeling that will raise more money.

But by hustling nonprofit workers out of the room, we create donation fetishism in the minds of our audience. We remove all of the people, relationships, and labor that actually make a donation valuable and instead invest that value in the donation itself.

Is it at all surprising then, that for so many years those people, relationships, and labor were devalued and minimized as ‘overhead’?

It seems like a small thing, every time you sit down to write a donor-facing piece. That’s just one of many best practices one has to keep in mind for successful fundraising copy. We are peddlers of feelings, after all, and agency is the most heady and lucrative feeling we can instill in donors.

The less value is placed on nonprofit work, the more work we have to do in order to raise money for it.

It may not always feel like it, especially now that so many of us are stuck at home, but we live in a world that is deeply interconnected.

Now I would never make the simplistic argument that we got the overhead myth because we use donor heroism in fundraising copy. I don’t think it’s fair or accurate to pin any of our society’s devaluation of labor and laborers on a single rhetorical practice, no matter how prevalent.

And I don’t think anyone is a bad person for making the donor the hero in their winter appeal letter.

But — I will argue that the consistent erasure of the nonprofit worker from fundraising narratives contributes to the devaluation of nonprofit workers and a culture that simply doesn’t value work or the people who do it.

Fundraising is a big deal, and we have a bigger cultural footprint than I think we’re even willing to admit to ourselves. How we communicate and what we communicate don’t just reflect the culture we’re living in, they also play a part in shaping it.

The thing is, we are not wrong to place agency in the donor’s hands when we write to them. Their choice to give makes them one of the many people and relationships that make nonprofit work important and valuable.

One of the many.

It may be more difficult to make a donor feel special when they are one of many very special episodes instead of the entire box set, but I would argue that it is worth it. All the pieces matter.

I hope I get to work in a building with people in it again soon. Every time I hear footsteps in the hall, or the gentle hum of the copy machine, I am reminded of the value of the work that we spend every day raising money to support.

And the value of the people who do it. 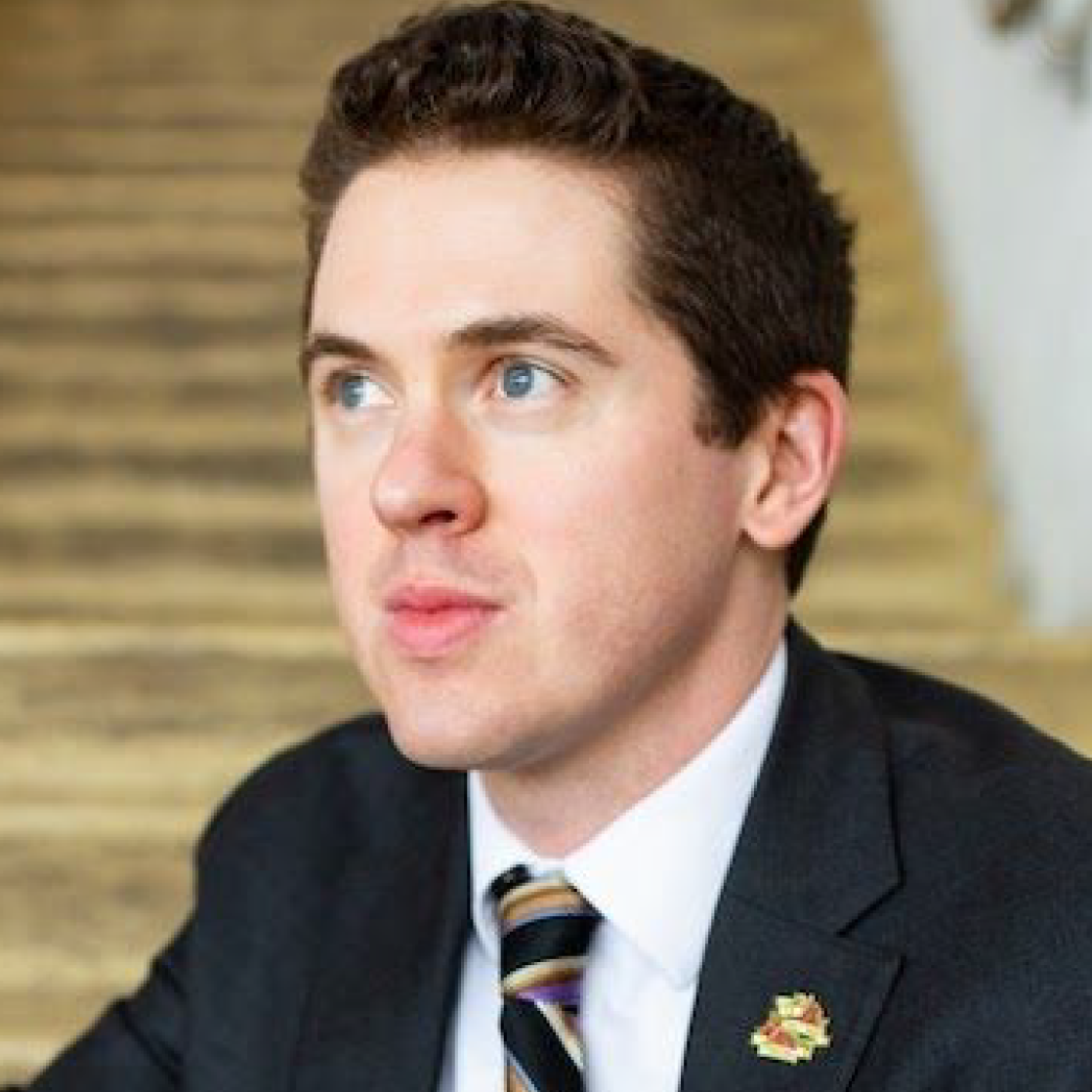 Nate Levin-Aspenson (he/him) is a writer and fundraiser based in Rhode Island. Born and raised in Durham, NC, he has since left the South, taking his strong opinions on regional barbecue styles with him. He started his fundraising career as an unpaid intern of and then as the Marketing and Development Director for The Servant Center in Greensboro, North Carolina. He currently serves as the Lead Grants and Foundations Relations Manager at Newport Mental Health. He is a member in good standing (the last time he checked) of the Association of Fundraising Professionals, Rhode Island Chapter, where he sits on the Professional Development and IDEA Committees with many other excellent people. You can get in touch with him by email and you can usually find him on Twitter.