Looking behind the curtain: How anonymous giving can uphold white supremacy

By Elisa Shoenberger, Journalist and Writer

In annual reports and donor lists around the country, there’s always a section for anonymous giving. It’s accepted as a norm in the fundraising world that some donors elect to be anonymous for one reason or another. The Association of Fundraising Professionals (AFP) outlines confidentiality as a right in The Donor Bill of Rights. However, recent scandals in the past year surrounding anonymous gifts raises the question of whether anonymous giving helps or hurts the work of philanthropy to create a more equitable and just world.

So what exactly is anonymous giving?

Basically it is giving a gift to a nonprofit but not having your identity revealed.

I’ll add a fourth special category of anonymous giving: when people use their donor-advised fund (DAF) or their limited liability company (LLC) to give to a nonprofit where their identity is not known.

Anonymous giving may be a way of moving away from lauding extremely wealthy givers for their gifts.

According to Maimonides, a medieval Sephardic Jewish philosopher, there are eight rungs in his “Ladder of Charity.” The lowest rung is giving reluctantly and shaming the person who you are giving to while the top rung is basically calling for the donor to create a world that eliminates the need for charity, an aspiration I think we can all get behind.

But the 7th rung is that people give to other people where neither knows their identity. In other words, anonymous donors are ethically superior to donors whose identities are known to their givers.

Donors may also want to give freely to organizations without worrying about societal repercussions, explains Osborne. He uses the example of someone who may live in a religious town may not want it publicly known that they have given to Planned Parenthood.

Anonymous giving may be a way of moving away from lauding extremely wealthy givers for their gifts. Reports like Gilded Giving have explored how the U.S. philanthropic landscape is increasingly unequal, with extremely wealthy people giving to nonprofits across the country. Named giving, in this case, can hypothetically work in service of upholding white supremacy since the donors benefit in various ways from their gifts (which were gotten through white supremacy and growing income inequality). In this case, the donor’s public profile is enhanced since these gifts are a display of their empathy and/or a sign of their prolific wealth, both of which help their political, social, and economic standing as a whole.

In this particular case, giving anonymously removes those benefits and could hypothetically put the focus on the work of the nonprofit, rather than on the person making the gift.

However, anonymous giving can also prop up white supremacy.

By definition, anonymous giving means a lack of transparency … in 2019, we learned that Massachusetts Institute of Technology’s accepted substantial anonymous donations from the late sex-offender Jeffrey Epstein, with anonymity being a key part of the deal.

While giving anonymously allows folks to give to nonprofits without worrying about societal pushback, that benefit can be used for problematic causes. In other words, people can give to causes that are distasteful or hateful without facing societal consequences.

The Southern Poverty Law Center, in conjunction with other groups, released a 2020 report about how DAFs, the hot giving vehicle in recent years, are being used to fund hate groups in the U.S. Local community foundations and big organizations, like Fidelity Charitable, have released funds, at donors’ requests, to hate groups supporting Islamophobia, white supremacy, or are anti-LGBTQ (to name a few). Donors can give to hate groups using a DAF or even a LLC, another tactic that obscures their name, shielding them from the negative consequences of their gifts. They can literally eat their cake and have it too.

By definition, anonymous giving means a lack of transparency. This secrecy may cause organizations to make compromises that are at odds with their missions. For instance in 2019, we learned that Massachusetts Institute of Technology’s accepted substantial anonymous donations from the late sex-offender Jeffrey Epstein, with anonymity being a key part of the deal. MIT knew that accepting the gift publicly from Epstein would be bad publicity, and thus accepted the gifts under the veil of anonymity.

Nonprofits also can lose out from the gift announcement with an anonymous donation. When people give publicly to an organization, the gift can serve as inspiration to get others to give, Osborne says. People respond to the gift and may open their own pockets to give or engage with the nonprofit since one donor has shown that they care about the cause, he explains. And while large anonymous gifts can and are often written about in the news, they don’t have the same effect.

Does anonymous giving help or hurt philanthropy’s work towards equity?

More importantly, organizations should not let donors have power over the nonprofit just for the sake of a gift. That’s true of any donor, anonymous or not. No donor should be able to dictate how a nonprofit works in exchange for a gift.

While there are definite benefits and drawbacks to anonymous giving, it may not be the giving itself that is problematic but how nonprofits approach it. Completely anonymous giving to a nonprofit (i.e. no one or a very select few know who the donor is) is problematic. Nonprofits should be hesitant to accept donations from unknown sources since the funds could be illegally obtained, the result of highly questionable activities, or come from hypothetically problematic figures.

Both Osborne and Taylor advocate for the importance of having strong gift acceptance policies to help safeguard everyone involved. Osborne does not believe that anonymous giving is inherently good or bad, it depends on how the nonprofit handles these situations. They need to have a strong sense of clarity about their values, along with a strong gift acceptance policy, to get in front of any possible issues, he points out. Nonprofits may forget that they can turn down gifts if the donations don’t live up to their values or missions. There are nonprofits that will not accept corporate giving, because these organizations believe that accepting such donations would potentially be in violation of their values.

More importantly, organizations should not let donors have power over the nonprofit just for the sake of a gift. That’s true of any donor, anonymous or not. No donor should be able to dictate how a nonprofit works in exchange for a gift. By creating defined gift acceptance policies and keeping true to the mission and values, nonprofits can avoid these situations. Turning down gifts for any reason that runs counter to the nonprofit’s goals is something that every organization should consider.

As for DAFs, people should not be permitted to donate anonymously through their DAFs (or their LLCs) to hate groups. While Fidelity Charitable reported in their 2020 report that only 3% of donors give completely anonymously, there’s plenty of damage that anonymous donors can make to the public good. Requiring that DAF owners cannot give anonymously could be one solution. But it would be better if all DAF holders, like community foundations and Schwab Charitable, developed policies that do not allow any donation, anonymous or not, to groups designated as hate groups. Frankly, this ban would be a bare minimum in the fight against white supremacy in philanthropy (and the country).

Ultimately, it’s not anonymous giving itself that helps uphold white supremacy in fundraising and the world. But it’s a tool that can be used to help support these structures, whether it’s allowing morally questionable people to make gifts to nonprofits to avoid scrutiny or obscure someone’s identity to make gifts to hate groups. Nonprofits have a moral imperative to make sure that their gift acceptance policies align with their values and stick to them, regardless of the donor being named or not. That will be an important step in the much needed work of fundraising to fight back against white supremacy in its ranks and the U.S. as a whole. 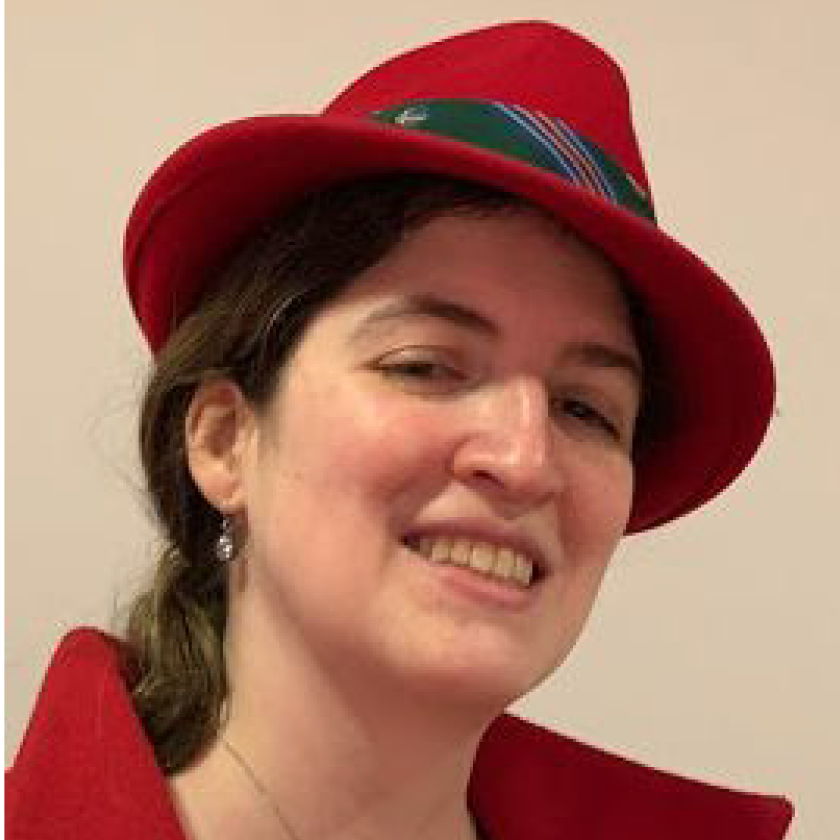 Elisa Shoenberger (she/her) has worked in the fundraising field as a prospect researcher and data analyst for over eight years. She is a Research Consultant for Aspire Research Group. She is a journalist and writer and has written on numerous topics about philanthropy for Inside Philanthropy, Brainfacts.org (Society for Neuroscience), Council for the Advancement of Education, MoneyGeek, The Daily Dot and many others. She has also written for the Boston Globe, Huffington Post, Business Insider, and many others. You can find her at @vogontroubadour or at Bowler Hat Fox, LLC.