Curb cuts and universal design: How I use my invisible disability to advocate for arts accessibility

By Elizabeth Ralston, consultant and founder of the Seattle Cultural Accessibility Consortium

My journey to accessibility in the arts started more than 20 years ago, when I first moved to Seattle from the East Coast. While in Los Angeles on vacation, I went to see “Titanic,” which had just come out in movie theaters. For the first time, I used a captioning device that fit into the cup holder of my seat, allowing me to read the words being spoken onscreen. It was exhilarating: I was finally able to fully understand the dialogue on the big screen.

It was important to me to be seen as someone who was just a regular nonprofit professional, a mom, a former Peace Corps volunteer, and a nonprofit jack-of-all-trades with a specialty in communications — rather than people thinking the only thing cool about me was my deafness.

And that is because I am deaf and read lips. I use two cochlear implants to hear and do not sign. So for me at that moment, having access to movies in the theater was a huge deal.

I decided then and there that we had to have captioning in movie theaters in Seattle. I got a group of friends together to form Caption Seattle and we worked with Paul Allen’s group, Vulcan, to bring captioning to the Cinerama Theater. Over time, captioning spread to other movie theaters throughout the city.

Despite having a master’s degree in public health, I was underpaid and being repeatedly asked to help with fundraising and communications work at a nonprofit where I was the volunteer program manager. As is my nature, I went above and beyond my job responsibilities to help out. After four years of successfully bringing in new donors and volunteers, creating an employee volunteering program which brought more corporations into the organization’s sphere, my boss and the executive director refused to increase my hours or recognize the extra work I was doing.

So I left that job after multiple failed efforts to negotiate a pay increase and more hours. I decided to find a job that would pay better and allow me to use my skills and strengths in a better way.

By September 2018, I had successfully completed a nonprofit management certificate program at the University of Washington but still hadn’t found a job. I was spending hours networking, interviewing, and applying for dozens and dozens of positions. I even got coaching to help me identify my professional brand so I could tell the “story of me” better.

I started thinking about other skill sets I had besides my public health and nonprofit management experience. I excelled at fundraising communications, especially the storytelling and relationship-building that went along with it.

Then I realized — wait a minute — my disability IS an asset.

Throughout this job search, my deafness stayed invisible — you would never know I had such a profound hearing loss until I open my mouth and start speaking. (I have pretty good speech after 15 years of speech therapy as a child but still have a “deaf accent.”)

It was important to me to be seen as someone who was just a regular nonprofit professional, a mom, a former Peace Corps volunteer, and a nonprofit jack-of-all-trades with a specialty in communications — rather than people thinking the only thing cool about me was my deafness.

Then I realized — wait a minute — my disability is an asset.

Because of my hearing loss, I am a better listener. I pay very close attention to what people are saying — I have to. And I have empathy for marginalized populations — that is why I went into public health.

But with this realization also came this: How could I continue to devote my life to public service after receiving constant rejections? (My growing suspicions told me this had to do with either my disability, age or both.) Something clearly wasn’t working.

I knew I had to make a pivot. And that came in the most unexpected way: through the arts.

People who engage in the arts are healthier, less depressed, and feel more a part of society. But if people with disabilities are not welcomed or included in the arts sector, how is that equitable and accessible?

One of my favorite things to do in my free time is going to the theater. As a child, my parents never let my deafness hold me back from experiencing all the arts had to offer. I had a brother who loved to act in high school and college, and I would relish helping him memorize his lines (think “Wonder of Wonders” from “Fiddler on the Roof”). At shows I would follow along with the dialogue using a script and a tiny pen flashlight — how else could I read in a darkened theater? I was often scolded by other audience members or ushers, telling me that the light from my flashlight was distracting. (And I won’t recount all the times theater staff refused to let me borrow the script.)

And when it comes to accessibility, I face challenges every single day. Going to the supermarket, a doctor’s appointment, or a business presents difficulties, particularly as lipreading is impossible when people are wearing face coverings. I have found that so far people have been gracious and willing to support my communication needs. And as a parent of two children with disabilities, I have had to advocate for my childrens’ needs, particularly in the education system.

I thought about how most theaters only have one captioned show per run of the show. This meant that I had to plan my schedule around when that one captioned show was playing. For other deaf people who use sign language, there are also few ASL interpreted shows.

Even though this one captioned show made it “accessible,” it really was not an equitable means of providing access. People with normal hearing can go to a show whenever they want. But for many people with other kinds of disabilities, it requires planning, figuring out how to request accommodations, explaining what this accommodation looks like, finding an accessible place to park, and on and on.

With my public health hat on, I started thinking about health and equity in the arts. Access to art is a vital part of the human experience, has positive public health implications and also addresses many issues of equity and inclusion. People who engage in the arts are healthier, less depressed, and feel more a part of society. But if people with disabilities are not welcomed or included in the arts sector, how is that equitable and accessible?

Starting SCAC and the Curb-Cut Effect

I decided that I wanted to change that, so I founded the Seattle Cultural Accessibility Consortium (SCAC), whose mission is to connect arts and cultural organizations with the information and resources to improve accessibility for people of all abilities. SCAC’s goals include: providing professional development and training, a website to house resources, and providing technical assistance to help guide arts and culture administrators in their journey to integrate accessibility into the structure of their organizations.

And now with COVID, many programs have moved to a virtual platform and we have had to convert our in-person workshops to online forums.One thing I talk about in accessibility work is integrating accessibility and universal design into the rebuilding of the arts sector. Universal design, much like the Curb-Cut Effect, makes it so that programs, events and spaces are designed so that everyone benefits. The Curb-Cut Effect refers to the effect that occurred after a number of disability advocates were successful in advocating that small ramps be cut so that wheelchairs can go up and down curbs in Berkeley, CA in the 1970s.

This article by Vu Le explains this so well — what happened when curb cuts were implemented: “When the wall of exclusion came down, everybody benefited — not only people in wheelchairs. Parents pushing strollers headed straight for curb cuts. So did workers pushing heavy carts, business travelers wheeling luggage, even runners and skateboarders.”

Accessibility is not just about providing captioning — it really is a philosophy to be integrated within an organization’s culture and structure.

So when we start meeting again in person once the danger of COVID has passed, we need to be thinking about how live programs and events can benefit everyone — what a great opportunity to start planning for this now.

And let’s be mindful of the fact that achieving accessibility is not just about ticking boxes and creating ramps to help people using wheelchairs or other mobility devices to enter a space.

Let me give you an example: I was asked recently to submit a proposal to a potential client about how to make their virtual fundraiser accessible. I wrote a thorough proposal including all the elements of what accessibility would look like. In the end, they declined my proposal, deciding to simply have their event production partner integrate captioning into their event. Unfortunately, this is a shortsighted view: Accessibility is not just about providing captioning — it really is a philosophy to be integrated within an organization’s culture and structure.

And accessibility not only applies to arts and culture, but across the board in the nonprofit sector, and even beyond.

This quote from a Time magazine article about rethinking the language of accessibility hits it right on the mark: “What makes a space accessible is the empathy, connection, freedom and possibility it engenders for people of all abilities and identities to come together.” 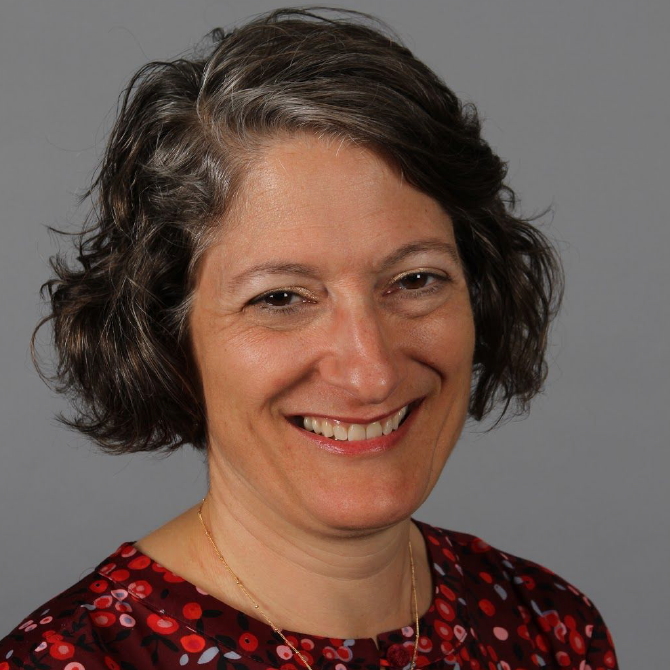 Elizabeth Ralston (she/her) has more than 20 years of experience working with nonprofits, government agencies, and academic institutions. She works with organizations to engage constituents through capacity building, program delivery, strategic communications and accessibility. Her objective is to showcase an organization’s story and impact in a compelling way, attracting more program participants, volunteers, donors, and community partners to its mission. She also helps nonprofits, fundraisers and event planners make their programs, communication materials and events more accessible. Check out this recent Seattle Times article featuring Elizabeth’s work on accessibility as well as SCAC’s Opening Doors podcast.

Elizabeth is deaf and uses two cochlear implants to hear. An avid patron of the arts, she founded the Seattle Cultural Accessibility Consortium, a grassroots effort to connect arts and cultural organizations with information and resources to improve accessibility for people of all abilities. She can be reached at elizabeth.s.ralston@gmail.com. You can also follow and like the Consortium on Facebook!