The real cost of having a scarcity mindset

Envisioning an abundant and thriving future illuminates the goalpost but I would venture that we are missing a step. It takes more than a belief in abundance to redistribute wealth.

It is a question we have all been asked at least once. An inquiry designed to awaken the dreamer inside and push you to think outside of the box. The question is big and consequential, often posed during team meetings or maybe as a strategic planning prompt. When asked, you’re told no response is off limits, which manages to inspire and overwhelm at the same time. The bigger your idea, the better.

What would you do if your nonprofit had unlimited resources?

This unassuming question actually assumes a lot. It assumes we can envision a world where nonprofit pay is competitive, where infrastructure is solid, and where public skepticism about our operations ceases to exist.

But scraping by and being the underdog is the only refrain many nonprofits have ever known. Scarcity and ‘lack’ have been as central in our nonprofit experiences as the missions we signed on to serve.

When we leap outside the box to the world where resources are abundant, we do so with earnest hopes and sincere hearts. But imagining a world where our nonprofit’s mission can thrive uninterrupted is quite the jump, right? The terrain is unfamiliar and uncharted. From under-resourced to over-resourced. From scarce to abundant.

Envisioning an abundant and thriving future illuminates the goalpost but I would venture that we are missing a step. It takes more than a belief in abundance to redistribute wealth. The onus does not fall to nonprofit agencies alone to imagine a future without low pay and subpar working conditions. The inequity is systemic and it is misleading to suggest that the obstacles facing the sector can be overcome through gumption and optimism.

The scarcity mindset that has gripped many nonprofit organizations is not without cause. If nonprofits are to move beyond a scarcity mindset, we should reckon with how we got here in the first place.

We are ‘rewarded’ for the struggle

In many ways, nonprofit organizations are celebrated and rewarded for making a dollar out of a dime. Dialogue about nonprofit overhead has progressed in recent years but there remains a scrutinizing legacy that questions what it costs to keep the lights on and fill the copy machine with paper. Organizations are lauded for spending 100% of donations on direct services — but at what cost to the employees who make such services possible?

If you have ever been asked about sustainability or an operational deficit but not about the average wage for your direct service providers, you might know what I mean. Maintaining the bottom line is often at the expense of those who work in helping professions.

Innovation only comes in crisis

We rush to embrace the romance of abundance without fully accounting for the costs of scarcity in the here and now. It shows up in organizational culture and low staff morale. It seeps into board meetings and trickles down through the ranks.

Asking under-resourced and overwhelmed nonprofits to innovate sometimes seems like an exercise in futility. Organizations need space to dream and strategize when they are not in crisis, when they are not flying the plane and building it at the same time.

Color me a pragmatist, but I have yet to forget that it took a global pandemic for funders to offer the flexibility and spirit of partnership that nonprofits have been seeking. According to the Center for Effective Philanthropy, 66% of foundations loosened or eliminated restrictions on existing grants in 2020. In other words, a third of funders decided no changes to their existing grantmaking were merited while we donned masks, adapted to virtual service provision, and worked to simply stay alive. Such rigid funding partnerships necessitate short-term and fear-based decision making, and it should come as no surprise that abundance, innovation, and creativity can hardly get a foothold.

As Catherine Calvo, my friend and Grassroots Development Officer at the United Nations Foundation aptly expressed, “It’s great to think big but hard to do so when there are structures in place within the philanthropic space that keep your reach small.”

Scarcity is affordable — for those who are well-resourced

We rush to embrace the romance of abundance without fully accounting for the costs of scarcity in the here and now. It shows up in organizational culture and low staff morale. It seeps into board meetings and trickles down through the ranks.

To be clear, imagining the ventures and initiatives your organization could explore if money was abundant is a helpful exercise. Asking what you would do if money was not a factor, how you would scale, how programs and services would look is bound to generate solid ideas.

But let’s also acknowledge the toll it takes when those aspirations routinely fail to manifest — the cycle of planning and replanning, of securing funding but losing the staff essential to execute the work. At best, it’s disheartening. At worst, apathy takes hold.

Embracing abundance is a powerful strategy to shift the tide but only to the extent that we address the growing inequality that saw a $1.4 trillion increase in billionaire wealth during the same period in which poverty rates doubled for women and people of color. The erroneous belief that there are too few resources to go around is reinforced by our lived experiences and the growing concentration of wealth at the top.

Mindsets centered on abundance and generosity are to our sector’s benefit, but this adaptation will require patience and a pathway for relearning. The ever common scarcity mindset does not exist for its own sake; it is actively perpetuated, upheld, and passed down.

Asking what nonprofits would do with unlimited resources is easier than facing the myriad ways these organizations have to manage with less than what is needed. 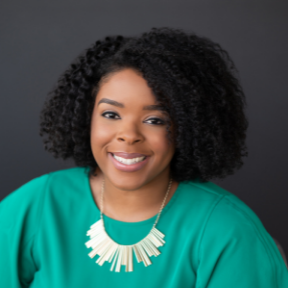 April Walker (she/her) is nonprofit leader and fundraising professional. Her career in philanthropy spans seven years and includes fundraising, consulting, and grantmaking positions at the American Heart Association, the Boys & Girls Clubs of Chicago, CCS Fundraising, VNA Foundation, and Iris Krieg & Associates, a Chicago-based philanthropic advisory firm. Born and raised in Baltimore, April’s background in social service administration informs her commitment to advancing philanthropy rooted in racial equity and social justice. She currently serves as chief development officer for a workforce development nonprofit in Cleveland, Ohio and is a member of the Association of Fundraising Professionals Greater Cleveland Chapter. She also serves on the boards of Progressive Arts Alliance and the Akron Community Foundation’s Gay Community Endowment Fund. Connect with her via LinkedIn or by email.