The 40-hour work week is more harmful than helpful. Here’s what to do instead

Why are we still forcing ourselves to work an 8 hour day? How can we better manage employee workloads? And how do we better assess employee performance in order to prevent employee burnout?

In March 2020, like approximately half of the workforce across the U.S., I suddenly found myself working in an entirely remote capacity. Like many, I also found myself dragged down by long days of remote work and a seemingly unending workload that has only increased as my organization created new programs in response to the pandemic.

Despite evidence that working beyond 40 hours a week is associated with poorer perceived health and even reduced productivity, many in my organization found their hours creeping up in number without an end in sight. Combined with the blurring of lines between work and home and feelings of guilt if I didn’t stick to my 8-to-5, I found myself occupied with thoughts of work more than ever before. Needless to say, it was a recipe for burnout.

As I dragged along, I sought ways to improve my efficiency and re-invigorate my work routine. I began tracking my output, finding that I was most efficient with administrative tasks mid-morning and most generative in writing donor copy and grants in the afternoons and evenings. Likewise, I experimented with taking breaks on different schedules, tested out the pomodoro technique, and ultimately found that I thrived when taking two mid-length breaks throughout the day: a 30 minute break to make and eat my lunch in late morning and a 30 minute break in the early afternoon to read professional development materials and take a much needed break from the screen.

While my efficiency improved, the burnout got worse.

I suspect that many other fundraisers feel like I felt — that all of my scheduled working time needed to be dedicated to our mission — and so I tried to glue myself to my computer with active work for 8 (or more) hours a day, everyday. And as I completed my work more quickly, I began to add additional projects until I got to the point where I felt too overwhelmed to accomplish much of anything. (Sound familiar?)

This made me ask: Why are we still forcing ourselves to work an 8 hour day? How can we better manage employee workloads? And how do we better assess employee performance in order to prevent employee burnout?

The history and efficiency of the 8-hour day

… on average, mental health declines began when workers put in more than 39 hours per week with those negative outcomes disproportionately affecting women …

As is commonly cited, the 8-hour work day has its origins in the Industrial Revolution in the late 18th and early 19th century. As factory owners worked to increase their factory outputs, they often pushed their factories to operate 24/7, seven days a week, forcing employees to work incredibly long (sometimes 16-hour!) shifts, which inevitably led to increases in workplace injuries and what I can only imagine was widespread unhappiness.

A number of human rights and labor advocates, including Robert Owen and Tom Mann, campaigned for work hours to be capped at 8 hours a day for 5 days a week. At the time, this was a revolutionary change that greatly improved conditions for workers while also, as Henry Ford found, improving employee productivity.

These limits, though, were created largely in response to jobs that were physical in nature. As ‘knowledge workers’ in the nonprofit space today, trying to effectively work for 8 hours a day is exhausting and unrealistic, and putting in 50 or more hours a week is counterproductive and inefficient.

In fact, a 2017 study on work-hour thresholds found that, on average, mental health declines began when workers put in more than 39 hours per week with those negative outcomes disproportionately affecting women, who often continue to shoulder additional household responsibilities such as child care, cooking, and cleaning.

If there’s anything we have learned during this past year about remote work, it’s that allowing employees to have flexible work schedules has helped make jobs more accessible to parents, who are then better able to manage childcare. Additionally, reduced hours, like flexible schedules, has meant that more parents can remain in the workforce, removing the “traditional” pressure, which disproportionately affects women, for people to sacrifice careers in order to rear children.

Given that as of 2019, nearly 75% of members in the Association of Fundraising Professionals identified as women, we, as fundraisers, must think about how these dated standards that were built for corporate spaces no longer serve us or our employees.

My partner works in tech startups, and I have always wondered why nonprofits don’t adopt more of that sector’s practices.

For example, as a sales employee, his performance is judged on conversions rather than on hours worked. As such, he has the ability to determine his own hours, taking time when he needs it and putting in extra time when he is behind. His places of work have emphasized community, team happiness, flexibility, and trust — all qualities that would just as readily fuel the work of nonprofits.

Oftentimes, nonprofits, particularly smaller or grassroots organizations, operate with a scarcity mindset, but we need to recognize that while the time and financial resources needed to implement new policies can be daunting, those changes can — in the long run — improve employee productivity, improve employee retention, and — most importantly — improve employee happiness.

So what do we do?

So what do we do about this as fundraisers? While there are organizations that have pushed for shortened work weeks, such as the New Economics Foundation’s push for a 21-hour work week, Microsoft Japan’s 2019 experiment with 4-day work weeks, and even countries such as France that have set the legal definition of a standard work week at 35 hours, I instead suggest that nonprofits take a more bespoke approach focused on individual employee needs and on building trust.

Though policy changes may most likely have to come from a nonprofit’s leadership or HR, we still all have a responsibility to be aware of office trends and to do our part in building an office culture that prioritizes employee wellness equally, if not more than, employee output.

Changing the worker-bee mentality of nonprofits certainly won’t happen overnight — but here are a few of recommendations on how we can start down that path:

Certainly all organizations have times where all hands are on deck and extra hours are put in to get past a hurdle, but there is no reason for nonprofit employees to regularly commit to 50+ hours of work per week.

Federal definitions of exempt employees should not be used as a stamp of best practices — rather, nonprofit leadership must look to the trends in the corporate world, in the U.S., and beyond, on how to appropriately manage staff hours.

If an employee is consistently working extra hours and is still missing deadlines, it’s probably worth considering whether programmatic activities need to be scaled back or if additional staff need to be hired. If staff are frequently being asked to work outside regular office hours, which as fundraisers we know can take the form of special events or meetings with funders, consider offering them the freedom to flex their time by taking an equivalent number of hours off within days of that commitment.

By managing employee hours effectively, we not only help to preserve employees’ work-life balance but, even more importantly, we communicate to them that their time is valuable

2. We need to use our time more efficiently.

Instead of putting in long hours, let’s look at how to use our existing hours more efficiently. A study of 1,989 UK office workers found that 79% of respondents did not believe they were productive throughout their entire work day. In fact, the average of respondents’ estimated productive time was only 2 hours and 53 minutes compared to an average 8.8 hours of office time.

This suggests that if we were able to work more efficiently, we could accomplish the same work that is currently being done in significantly less time. Efforts to increase productivity could include re-defining the standard length of meetings to be 30 minutes instead of an hour (or even 15 minutes!) and allowing employees to block out meeting-free periods in their schedules for focused work time without distraction.

Task management softwares and the use of automatic workflows for tech-savvy nonprofits can also help to reduce employee strain while providing managers with a one-stop view of employee activities.

3. We need to evaluate employee value based on productivity rather than time.

Sociologist Michèle Lamont suggests that devotion to one’s work in this country, in particular for upper-middle class (white) men, has its origins in the 17th century Protestant work ethic, where work was viewed as a way of serving both God and society.

We must recognize that if we judge salaried employees based on the time they work, we not only unfairly punish people who work quickly but also make it difficult for employees with personal commitments that prevent working long hours, such as those who are responsible for child care, to ascend to positions of leadership.

Instead of judging an employee’s success by their mere physical presence in the office, let’s instead work collaboratively with employees to establish goals to measure productivity, using a wide range of quantifiable metrics such as the number of dollars raised toward a goal, of new relationships established, of donor meetings taken, or of cultivation tasks completed.

4. We need to build trust with our employees.

For any employer-employee relationship to be successful, there needs to be trust, but this is especially true if employees are provided with the freedom to work flexible hours.

By building trust, we are better equipped to acknowledge and respond to each employee’s unique needs. Just as some people prefer an office environment and others prefer working from home, some people will prefer short bursts of productivity while others won’t mind clocking in for long stretches.

Likewise, employees will work at different speeds and have different mental/emotional capacity loads that are dependent on other stressors in their lives.

A foundation of trust and the willingness to practice radical honesty will make it possible for employees to better communicate the support and environment that they need for success while also helping employers to hold their employees accountable. Afterall, autonomous people are happy people! 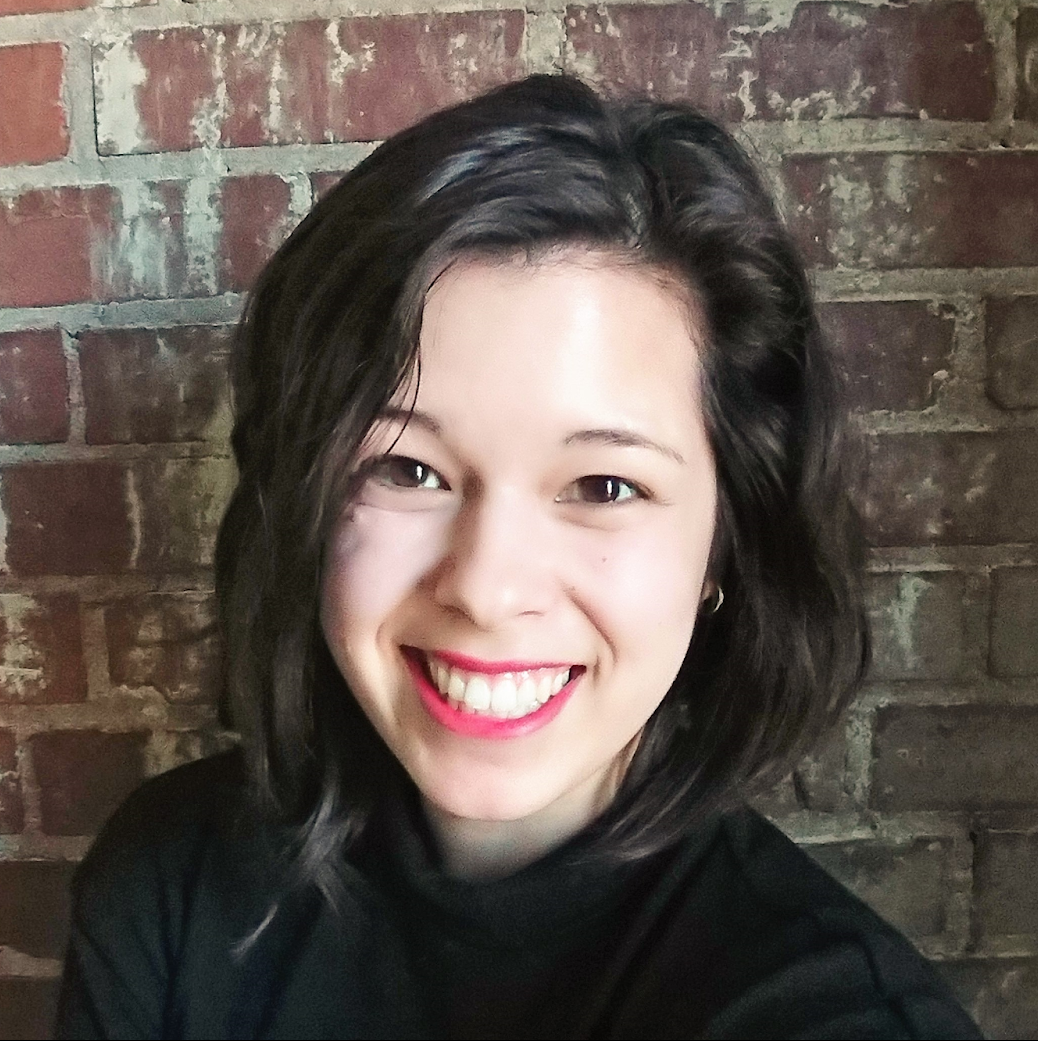 Lauren Brooks (she/her) is a self-described early career fundraising professional based in Saint Louis, Missouri. As a proudly biracial half-Taiwanese, half-white individual, she is a strong advocate for diversity, equity, and inclusion in the nonprofit sector. Beyond her day job, she serves as a board member for The Big Muddy Dance Company and engages with the literary world as an independent book reviewer, as a volunteer for Archipelago Books, and as a member of the Feminist Press’ Young Feminist Leaders Council. You can find her on LinkedIn or follow her four pet rabbits on Instagram.