6 steps to making metrics an ally of your diversity plan

Hey, you’re still here! Usually, I say “metrics” and the room clears out. We’re already off to a great start.

It’s a ton of work. But it’s work spread over years that will have a massive return on investment, if you take it seriously. There is no downside whatsoever to sincerely trying to change in a way that invites and welcomes more people to your mission.

After my previous article was published in December, about common pitfalls to avoid when implementing a diversity plan, I started to get questions about metrics. Specifically: How do we design metrics that are actually meaningful to diversity, equity, and inclusion (DEI) plans? The answer is too long and complicated for the comments section, so here we are.

Let’s admit that we’re all a little intimidated. Generally, we’re not a field full of statisticians. The good news is that we don’t need to be. Full disclosure: I was an English major and then I went to library school. If you had told me a decade ago that I would describe statistical modeling as “fun,” I would have laughed in your face. But the beauty of the nonprofit sector is that we’re great at learning on the job and our colleagues are naturally generous at sharing their skills. Everything I know about data evaluation I learned from other nonprofit professionals through webinars, crash courses, and forums. We’re also a sector that is experienced at adapting practices from other industries. If you need help, it’s out there.

So as you read the rest of this (you’re going to, right?), know that you and your staff have the ability to solve these challenges — and that you’ll absolutely need to if you want to make a serious change at your organization.

A few things to know

In an ideal world, you’d do some research and pull up examples of good measurements done by other nonprofit organizations to see what fits for your own. But I have some bad news: To know if data is meaningful, you’d have to collect it over a few years. We’ve been so abysmally slow at actually implementing DEI plans that no one is far enough along in the work to share meaningful results. So we’re going to have to look elsewhere and adapt.

The greatest amount of guidance comes from the corporate sphere, specifically from industries like tech that have had very public issues regarding diversity and inclusion. Most corporate DEI plans are focused on the internal workforce. While there is far less guidance on what could be called “customer DEI” in marketing and communications strategies, which is the primary concern of this article — the information is still out there.

My suggestions are based on general practices I found in my research that were recommended by multiple sources such as independent consultants, major corporations, and academic institutions, as well as my personal experience in fundraising.

Sounds obvious, I know. Understanding our communities is the bedrock of nonprofit work. But how well do you really know the broad demographics of your region of impact?

Ideally, the workforce and donor pool for a nonprofit should reflect the reality of the community it serves and solicits for funding by race, gender, age, and economic ability (for starters). It’s the same principle as saying U.S. board rooms should be 50% women to reflect the actual gender make-up of the country. Demographic data is a Google-search away. You need to know the lay of the land to be able to set any realistic goals.

Collecting good metrics requires consistent data management, so have an honest review of how your organization is currently performing. What information are you currently collecting? Are you recording it consistently? If not, where is the chain of information disconnecting? Do you need to expand or reduce your data collection?

And most importantly: Who owns this process? DEI work as a whole needs to reach every team in an organization, but the buck has to stop somewhere with data collection. Consistency is key. Empower a staff member (such as a VP of operations or a database manager) to be able to hold others accountable to your data policies. And be diligent about it! There is no truer adage in my career than “garbage in, garbage out,”

Set public goals from the outset. Public goals are a huge motivator in every industry because accountability is unavoidable. It is very telling when an organization talks about committing to diversity and inclusion and then refuses to disclose the goals they are working towards.

For an example of what not to do, look towards the tech industry, which has only broadly begun setting public DEI goals in the wake of the 2020 Black Lives Matter protests, despite having been under public scrutiny to diversify since at least 2014. In those six years, there was little to no significant change at any major tech company.

And ‘public’ does not equal ‘unrealistic.’ Don’t focus on how impressive your goals will sound in a press release. Setting and consistently meeting more modest goals is far more meaningful than talking big and then failing to deliver on a few radical promises.

I know the idea of ‘metrics’ immediately conjures the image of endless numbers, but qualitative measures will be vital to tailoring your DEI work to your specific organization. Diversity and inclusion work is highly subjective. Every organization will have individual, unique needs.

Nonprofits need to take a page out of the marketing playbook and directly solicit feedback from donors. A well-designed survey can be a powerful source of information on how your DEI plan is going. Qualitative data is, admittedly, trickier to collect and parse than straight numbers. It’s difficult to give general guidance on what to ask for, since it will depend on your organization’s needs. It’s worth consulting an experienced survey designer if you can, but there is also plenty of guidance online. And there’s no need to reinvent the wheel — existing survey apps will serve perfectly well for data collection.

This is likely the most valuable type of information you can collect. We often say that we’re in the business of feelings, so respect those feelings as guidance.

Ignore giving levels in the early phases of your plan. The truth is, quantitative metrics can often be a trap. It’s the dirty secret of data analysis — the fact that you can twist data to say whatever you want it to say. Fundraising holds too many negative economic stereotypes about non-white communities — that’s why we’re here. Resist the urge to segment by giving level for the first year or two, and just focus on whether you’ve adjusted your messaging and image in a way that’s demonstrating positive community attention.

Oh, and please, please do not use quotas. First and foremost, they’re gross and tokenizing. Additionally, quota goals are usually either lazy or unattainable, both of which kill momentum. We can be better than quotas.

Let’s be honest with ourselves: Fundraisers are obsessed with what my sixth-grade English teacher called “warm fuzzies,” that emotional high that happens when you give and receive positivity.

You’re not going to have many wins in the early stages of tracking DEI metrics. You just won’t. You will need to get comfortable with the fact that you are likely going to get a ton of data that reflects poorly on your organization. You have to commit to addressing it, not hiding it.

Resist the urge to adjust or pad your metrics to soften the blow after the results are in. This happens so often that there’s a name for this practice: vanity metrics.

For example: Engineering is a field that has been under pressure to be more gender-inclusive in its hiring practices for technical roles. Most of these firms are slow to change. To save face publicly, some engineering firms have reported administrative assistants, who are usually women, as part of their engineering staff. They may technically be part of the department, but these firms know that the metrics are meant to reflect staff hired to work as engineers because that is where the inclusion problem lies.

I feel like people often believe metrics are totally objective, but that couldn’t be farther from the truth. Your organization — and every other organization — always ends up picking and choosing what is deemed important enough to measure and how it is reported. It’s up to us to keep our egos in check and act with integrity — because at the end of the day, vanity metrics is just a fancy term for lying.

But it’s work spread over years that will have a massive return on investment, if you take it seriously. There is no downside whatsoever to sincerely trying to change in a way that invites and welcomes more people to your mission. I love working in the nonprofit sector because it’s full of smart and empathetic people — and that also doesn’t exempt us from providing proof of our actions. No one should take our word that we’re trying to change just because our missions are well-intentioned. Other industries are being held accountable — we should do ourselves the service of following suit.

You can do this. Trust me. 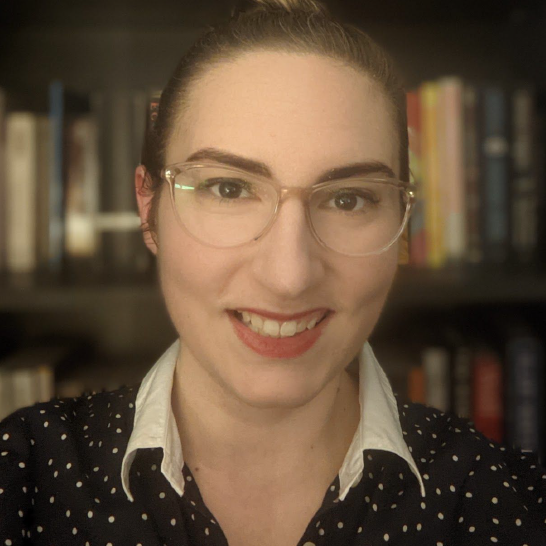 Christine Bariahtaris (she/her) is a consulting prospect researcher and writer in West Hartford, Connecticut. She has a special interest in helping small nonprofits access research resources and develop good data practices. In her free time, she is an avid gamer and knitter. She writes about her amateur genealogy work and family history at www.heartscrapsblog.com. Pictures of her very cute dog (and sometimes food) can be found on Instagram at @cbariahtaris. She’s still learning to Twitter at @CEBariWrites.