Nonprofits can’t engage in political advocacy at all, you say? Wrong. We can and we must.

When Trump was elected in 2016, I was a director of development in New York City. The day after the election, as I sat on my couch at home in a shroud of depression, I sent a communique out to my organization’s full email list, calling for cohesion, mutual support, and compassionate attention to the Black, Brown, and immigrant youth that the organization worked to support. The students were afraid. Several texted me to ask if they were going to be deported.

A donor responded with, “What, are you political now?”

I responded, “Yes. This work has always been political.”

While c3s cannot directly engage in partisan politics (and regardless of what tomorrow’s election brings), we must still engage in advocacy.

As a young development professional, I was stunned whenever I spoke with donors who were Republicans — I couldn’t understand that I entered a sector to work with youth of color and ended up in situations where I had to be polite to conservative wealth. (Don’t get me wrong, I know the Democrats aren’t much better in some ways. In New York, I preferred to vote for the Democratic candidate on the Working Families Party line).

The naïveté in my thinking at the time was the assumption that nonprofits were always justice spaces, which — sadly — they often are not. And it’s important to remember that they were designed this way. In the United States, 501(c)(3) status was enacted in response to a growing mega-wealthy class and the mobilization of community groups during the Civil Rights movement. The formal policies and restrictions that came with c3 status muzzled organizations and gave them a way to fundraise more effectively via tax breaks — a fundamental process of deradicalizing movements. Case in point: it is prohibited for c3s to take a stance on the impact of partisan injustice in our communities.

For over 10 years, I worked at direct service organizations that served young people. In that time, I was never called to attend town halls, get to know local representatives, or even better understand the roles and decisions of those who sat on school boards.

I just hustled, day in and day out, doing my best to support truly incredible educators of color help turn the tide for youth in the city. Those services were necessary and important, and sometimes life-saving.

But it wasn’t until my colleagues and students came together to fight a racist policy that I woke up to the role c3s must play in transforming — rather just responding to — conditions of society. Sometimes it means walking up to the blurry line of politics and systems change.

While c3s cannot directly engage in partisan politics (and regardless of what tomorrow’s election brings), we must still engage in advocacy. As we all reflect on our mission statements calling for thriving, equitable communities, nonprofits have an opportunity to hone in on the concrete changes we seek and engage in the systems change work that would actually achieve these missions. The collective power we could yield to move the needle toward making the direct services we provide no longer necessary should be tapped into and focused — and it is a power we should be striving to realize every day.

So what can we do?

One of my former clients is a nonprofit engaging in administrative advocacy directly with local agencies to remove barriers to healthcare and housing access for the trans and gender nonconforming community. Some of this work is based on rulemaking processes, not just legislation, and has led to concrete wins, such as in 2019, when Washington state IDs finally included a non-binary “x” gender marker option, which can be added at no cost.

This win did not require passing or overturning legislation — but it did require advocating for a rule change with the Washington State Department of Licensing.

It goes to show that if we focus on the impact of issues, not the candidates in an electoral process, there is a wide range of powerful activities we can engage in.

Another major rule change this organization is working toward is with the Washington State Healthcare Authority to change which services are covered and not covered under the state’s Medicaid program. Many of the services on the “not covered services” list are medically necessary for the trans community. Eradicating this list altogether involves advocating for a rule change — an effort that would result in trans folks getting medically necessary treatments covered by their Medicaid insurance.

Another client has policy staff who sit on several local decision-making panels and mobilizes folks to get on the bus to Olympia to speak to lawmakers about housing issues. Recently, a major focus of housing advocates was the need for extending the timeline for eviction proceedings. Before 2020, there was a 3-day window from when folks received an eviction notice to when they had to vacate the premises (nuts, right?). There is now a 14-day window of time (still nuts, but an improvement that we keep fighting to expand).

The organization of a colleague of mine is encouraging their community to vote yes on Referendum 90 here in Washington, which would maintain a bill passed to require public schools to provide comprehensive sex education. Advocating to uphold this bill is considered grassroots lobbying, which is a totally legal activity for c3s to do in Washington. While there are limits to the amount of lobbying we can do, these limits are actually quite generous, and it is my experience that most direct service organizations never even lobby at all!

It goes to show that if we focus on the impact of issues, not the candidates in an electoral process, there is a wide range of powerful activities we can engage in. And while national politics gets the attention, local systems change work is often where the most meaningful changes can take place for our people.

We must take a stance — there is no neutral, even and especially in fundraising.

While some organizations galvanize their community to educate policymakers directly, some are too afraid to even take a public stance on an issue that affects their communities. We must take a stance — there is no neutral, even and especially in fundraising.

Forming coalitions can position us more strongly to demand accountability from elected officials, policymakers, and funders. Coalitions leverage collective resources and power to move advocacy priorities forward, especially in the face of opposing forces working to uphold the status quo. Partnering with 501(c)(4)s can be an especially powerful combo for a specific legislative agenda with public education and engagement done by c3s and unlimited lobbying done by c4s.

Coalitions can also support systems change within sectors like the tech sector or the financial sector, both of which have notoriously toxic environments and extractive practices. Two of my clients are part of coalitions who work directly within these sectors to influence companies and financial services providers to change their operational policies that harm communities of color. Our coalitions can support systems change within a wide variety of contexts, but in all cases, they must have a clear, shared purpose.

White-led nonprofits can follow the leadership of community-led organizations, the latter of which have broad experience and long histories building community power, often with specific demands for local policy agendas and community oversight initiatives. Community leadership is essential in ensuring that the priorities of decision-makers — and the decision-makers themselves — reflect community lived experience.

There is nothing prohibiting nonprofit organizations from educating and communicating about the policies that directly impact their communities. If we widen the lens of our storytelling from the issue at hand to include the policies that have led to the issue in the first place, we build comprehension, not just awareness. (An example is ensuring that the history of redlining is always part of any story about housing access.)

Speaking more openly and intentionally about the discriminatory policies that create the need for our services can shift the public narrative about certain issues that can, in turn, influence what gets prioritized by policymakers.

Know where the money comes from

Part of my work supports organizations in considering where funding is coming from. Sometimes, this means we turn money away. Other times, we accept funds with caveats.

Nonprofits are afraid of engaging in advocacy because our historically (and currently) white-led sector is afraid of alienating donors.

But if donors do not support systems change, they are not in service of this work, and they are not in community with us. Between 2016 and 2017, I had two donors, out of hundreds, who gave me a hard time for taking a stance.

Rather, when I sent that solidarity email, many donors actually reached out, thanking me for speaking truths. Do not underestimate donors. In fact, consider engaging them in these kinds of conversations directly.

Voter registration and education, including civics

Even though c3 nonprofits cannot openly take a partisan stance, we can advocate for policy changes that support our communities, hold elected officials accountable, and create connections that lay the foundation for a future of reciprocity and liberation.

We can register, educate, and support people to vote and in understanding their rights. This includes providing tactical information like how to register and informing folks on relevant deadlines, where polling places are, and how they can fill out, mail, or drop off their ballots.

You can also educate your community around civics — how our government works, the roles that different positions have in government, the impact of the decisions that they make, and our rights as citizens (and non-citizens). We can even communicate the specifics of candidates’ platforms in an election (as long as you don’t show bias — I know, easier said than done (“This candidate doesn’t care whether you live or die! I mean…they are in favor of repealing the Affordable Care Act.”)).

A former client of mine facilitated a statewide leadership group for unhoused/formerly unhoused folks to community-organize and speak directly to policymakers. Leaders in this community held meetings in affordable housing complexes and shelters about the electoral process and the importance of having a voice in the issues that impact folks directly. Members of this group now sit on the organization’s board of directors, centering their knowledge and experience in governance and decision-making.

Even though c3 nonprofits cannot openly take a partisan stance, we can advocate for policy changes that support our communities, hold elected officials accountable, and create connections that lay the foundation for a future of reciprocity and liberation. We can — and must — help to shape a future without us. 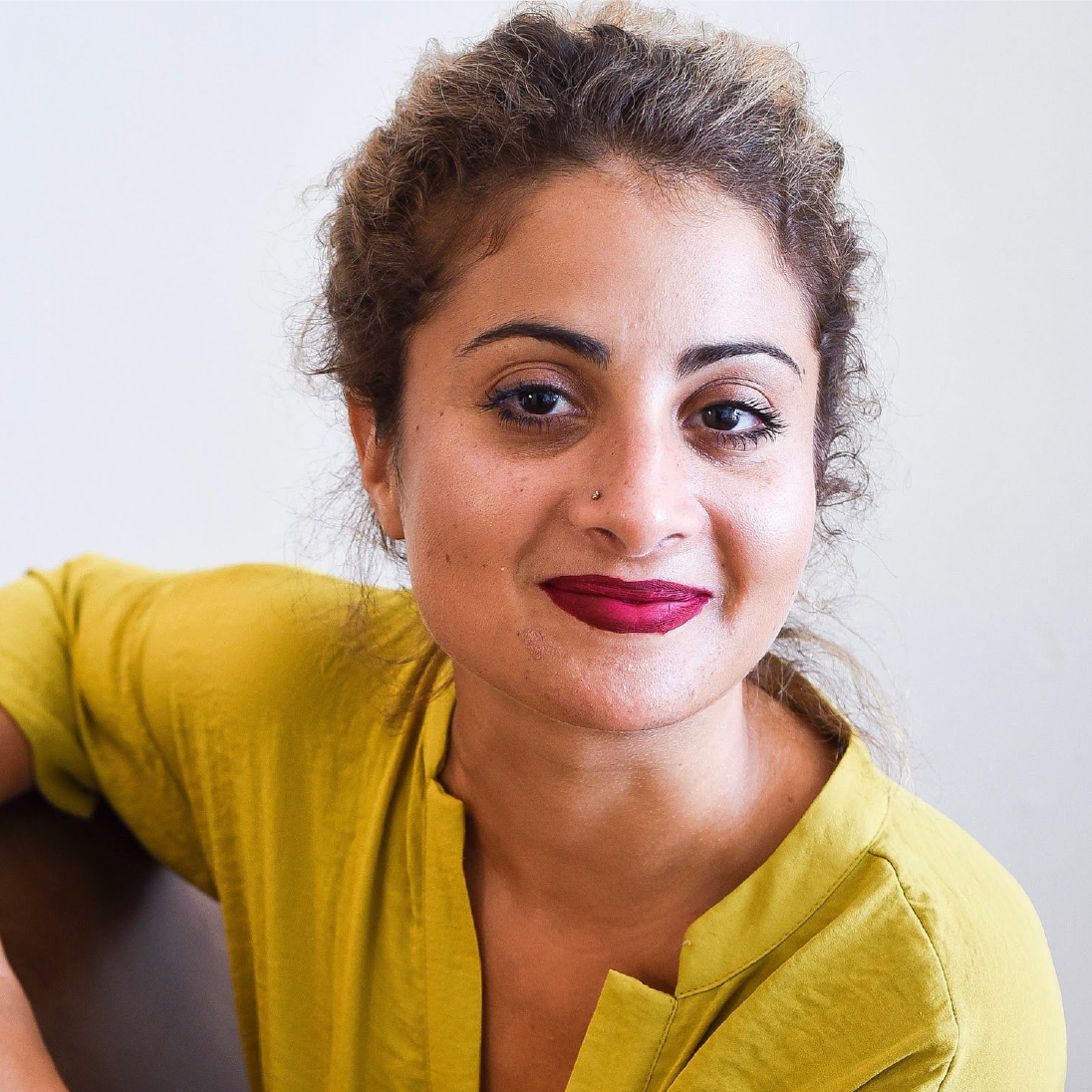 Cami Aurioles (she/her) is a fundraising consultant who owns her own consultancy. Her work is rooted in social justice. She is also a New Yorker based in Seattle and works with organizations across the country to build community-centered funding strategies as a way to build community power. More info about her work can be found on LinkedIn as well as with Freedom Conspiracy, a BIPOC collective of consultants working to bring values-aligned practices to the fundraising sector.