#NonprofitKarens: What they look like and how you can spot one!

By now, most, if not all of us, are aware of the many Karens of the world. If you are unsure about your neighborhood Karen she is the lady who is the first person to insert herself in a situation that has nothing to do with her. She can be seen calling the manager — (cue the infamous Karen meme). We have seen Karens show up in many spaces and continue to be problematic. For those unclear as to who exactly a Karen is, let’s break it down further.

So, who exactly is Karen?

Scores of white women were taught that they had the responsibility to ensure that folx of color did not step one foot out of line.

The rise of Karen is more than just an internet meme and trend. Karen is the appointed term for white women who demonstrate their entitlement and privilege in public spaces. Karens embody a kind of assertion of white women’s superiority, typically over BIPOC folx. Karens will see a gathering of BIPOC and find some way to assert herself and try to break up the gathering. Karens can also be found at your local grocery stores and Targets complaining about policies that don’t really exist and thus aren’t being enforced, but stuff is inconveniencing her, so she’s reporting it. There is a long history of this kind of behavior dating back to the Jim Crow era, where you could find white women keeping Black folx ‘in their place’ to create an advantage and assume power. It was an era that solidified respectability politics and maintained and reinforced strict racial segregation. Public school teachers, midwives, and mothers, white women were not afforded power to affect laws and legislation, but with their ears to the ground and their proximity to everyday domestic life, they served as really effective enforcers of what is ‘right.’ (In those days, white was right.) During this era, scores of white women were taught that they had the responsibility to ensure that folx of color did not step one foot out of line. If BIPOCs were perceived to make one wrong move, these early-day Karens would take it upon themselves to make sure things were dealt with. This brought upon many instances of Karens tattling and thus putting BIPOC folx in harm’s way. Some of the more notable early Karens include Carolyn Bryant, Lola Cannady, and Trisha Meili. White women’s belief in themselves as rule-abiding whistle-blowers of righteousness continues to this day. It is now more present in society because Karens have the power of social media to help in their crusade in ensuring that white dominant culture continues to reign supreme. Recently, there have been several Karen incidents that have come to light. One of the more well-known instances being the time Amy Cooper called the police on a Black man who was bird-watching, Christian Cooper (no relation), when the two ended up disagreeing in Central Park while she was walking her dog. In reports, this disagreement apparently escalated very quickly, and Amy Cooper made claims to the police that she was being threatened by an “African American man” who was doing a lot of nothing to her. Video clips of this incident went viral, and there was instant outrage over the incident. BIPOC folx and our conspirators were tired of Karens wielding the power and putting folx in danger. It is a clear cut example of the privilege that Karens will continue to deny exists.

#NonprofitKarens, we see and know you exist

I’ve found myself sitting in rooms with women who were well-intended and well-to-do, providing me ‘constructive criticism,’ which are just loaded, back-handed compliments

At the peak of the Amy Cooper incident, outrage from BIPOCs was being expressed and shared widely all over social media. The sheer number of participants having these conversations led to folx sharing of the various ways that Karens are showing up in places or sectors that haven’t been highlighted as often. It was clear that Amy Cooper is far from the exception. And BIPOC folx are sick of it. We stated that we refuse to continue letting Karens show up in spaces without comment. We refuse to allow for Karens to continue perpetuating a culture that harms Black and Brown people. Folx began to point out the lack of awareness of how these antics mirror so many workplace practices and policies. Black and Brown folx continue not to be shocked by incidents like these because many are dealing with their own professional spaces. The nonprofit sector is especially not exempt from this, as demonstrated by @aliciasanchez’s tweet,

Folx with marginalized identities in the nonprofit sector witness and are subjected to Karen behavior far too many times. I, too, have been victim to the nonprofit Karen archetype — you know, your suburban white women coming into the city to do the ‘good work.’ I’ve found myself sitting in rooms with women who were well-intended and well-to-do, providing me “constructive criticism,” which are just loaded, back-handed compliments wrapped in coded language like, “Maybe you should be less passionate about this issue.” Sometimes it is the constant micromanagement from these women, feeling their lack of trust in me. I am not alone in this. Many BIPOC nonprofit professionals are experiencing the same from their own #NonprofitKarens. So you may be wondering the ways #NonprofitKaren shows up in our space … or more bluntly, you may be wondering how you, too, can you spot a #NonprofitKaren.

Here are some of the most common qualities of a #NonprofitKaren:

1. They have a disguised (or sometimes pretty overt!) savior complex

Have you seen your white female colleague jump into action, often without evaluating the whole situation or identifying the needs of anyone? Yeah, me too. That is a #NonprofitKaren fulfilling her perceived call to heroism. She feels the urgency and responsibility to jump into action. And actions within nonprofit leadership tend to be informed by the dominant culture and the good intentions of white folx instead of actual needs and call to-actions from the community served. When looking at our white counterparts in the sector, urgency and social responsibility can and often blur with white saviorism. Simply put, #NonprofitKarens and their leadership fail to listen to marginalized communities and focus mostly on their own good intentions. So when you see your colleague (or you, yourself) focusing on intentions and not the community, you just may have a #NonprofitKaren on your hands. Take a moment to remind your Karen to listen to community needs first. And maybe break this to them: “Your intentions don’t always align with the work, Karen.”

2. They will use strategic use of words and phrases to center white fragility

Do your white female colleagues use words and phrase like, “Your passion is showing a bit too much,”or, “You are so well-spoken and poised,” or, “You are bit too lax for the situation”? These are among some of the key phrase will help identify a #NonprofitKaren. They are often seen strategically using words and phrases that call out and differentiate their BIPOC counterparts. The words they use can also come in the form of descriptors like “aggressive” and “threatening.” They apply these words almost exclusively to those who identify as BIPOC. A #NonprofitKaren will also be the first person to point out when all the BIPOC employees are sitting together, and she will express feelings of exclusion (while in the same breath, continue with her own exclusionary practices.) Behaviors like this create an unsafe and hostile work environment. So no, Karen, I won’t lower or correct my tone.

3. They will undermine BIPOC leadership

BIPOCs in leadership positions often find themselves in situations where their decisions are questioned and not accepted. Additionally, BIPOC folx also receives lots of back-channel feedback and finds themselves in a constant battle to prove themselves and their decisions. If you have experienced this with your white female colleague, you may have yet again another #NonprofitKaren on your hands. #NonprofitKarens find workarounds that undermine BIPOC leadership and harm their professional careers, both presently and in the future. So if your #NonprofitKaren colleague has found ways to undermine BIPOC folx, you should be sure to tell her, “Karen, in response to your complaints regarding what is probably a really reasonable request — cancel it!”

4. They are super avoidant

Finally, white folx in the sector assert privilege in spaces by avoiding uncomfortable conversations. Often, when difficult conversations arise, our white counterparts will retreat from the conversation because they are nervous. In comparison, BIPOC folx are forced to sit in uncomfortable situations all the time, without opportunities to retreat from said situations. FYI Karen, we BIPOC folx want to run, too, when you ask to touch our hair or ask how you would look in the same hairstyle, but we can’t. The fact that you can run is a privilege — period.

How to NOPE a #NonprofitKaren

Now that we have identified four ways that #NonprofitKarens show up in the sector, what can and should we be doing?

A. Push the conversation and ask a question.

B. Don’t just call the behavior in, also call behavior out.

Calling out the behavior doesn’t give Karen the opportunity to center her white guilt and white fragility. We are dealing with harm right here and we should only accept changed behavior moving forward. Awareness and apologies do not advance us. So not today, Karen. Not today.

Karens often ask what they can be doing better and what they can do to put action with the intention. Well, once you are aware of the problem, it’s good to openly support groups that are aimed at supporting BIPOC folx. It’s important to learn from those groups when appropriate. Groups like The Rooted Collaborative offer a safe space for BIPOCs, but also offer opportunities for allies to become co-conspirators. Karen, we want to see you keep that same energy. And if you are unsure what I mean by that we want you to show up. 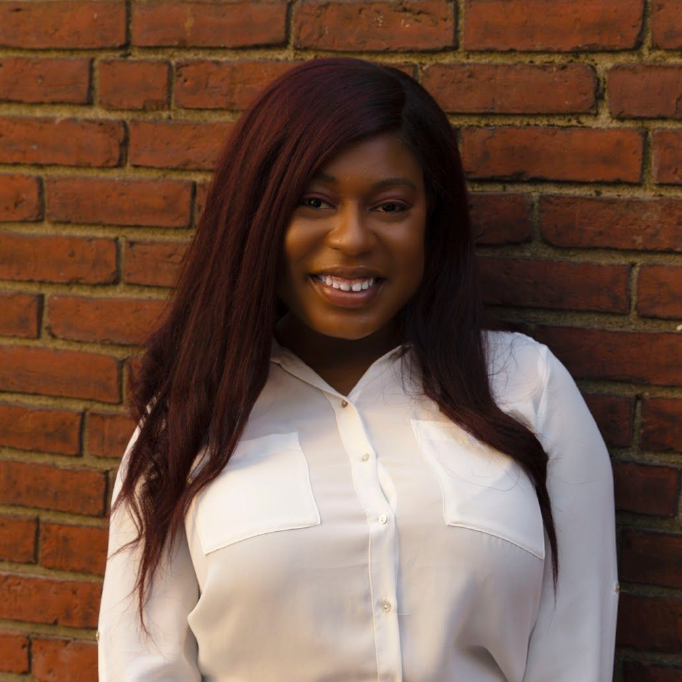 Dominique Calixte (she/her) is a fundraising professional and has worked in the nonprofit fundraising space for six years. In her career, she has supported nonprofits in building revenue streams, implementing systems, and inclusive fundraising practices. She also focuses on activating millennials as change-makers through philanthropy, donor engagement strategies, and effective DEI practices in the fundraising space. Dominique currently serves as the Associate Director of Annual Giving and Special Events at the YW Boston. Outside of her work commitments, she runs a nonprofit Instagram blog called DomProfit. DomProfit aims to be your plug to the nonprofit sector — be sure to give the page a follow for more.