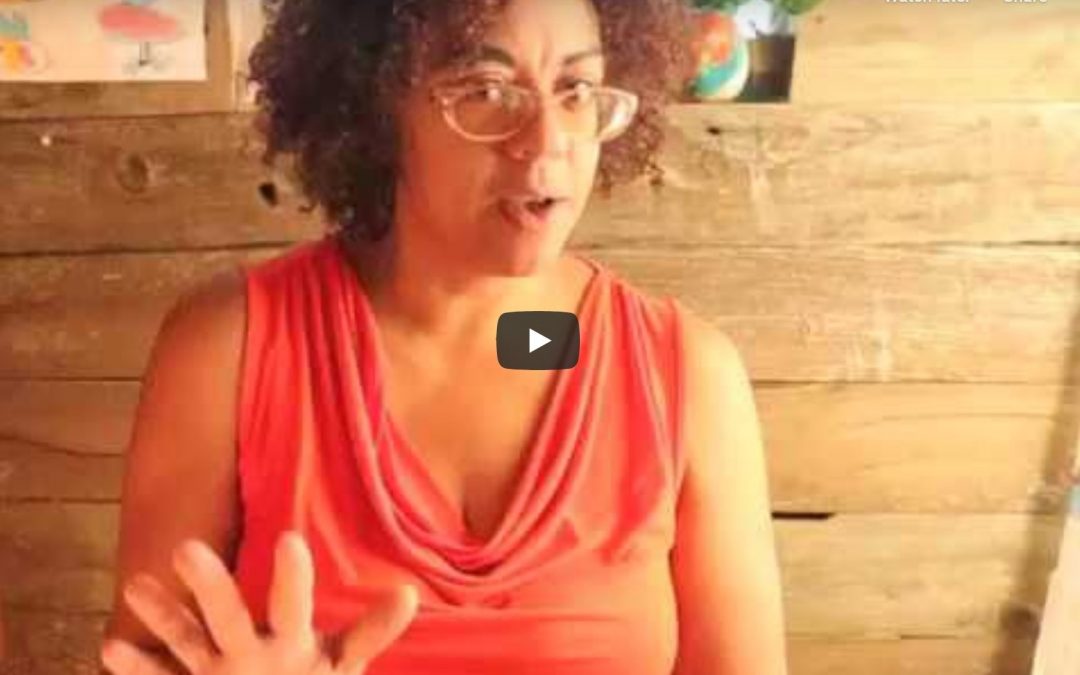 Now, I realize this will come as a surprise to many of you. After all, I have spent 12 years trying to make you completely unaware of this fact. My honey color and mixed-race features render me pleasingly exotic without being threatening. My soft, bouncy natural curls invite your touch, and I am careful to never recoil when you reach. My vocabulary and education surpass all of yours — I ooze charisma and charm to our donors, and my game face at work is nearly always flawless.

Most of you haven’t been in my home to see that on my walls, African masks vie for space with Civil Rights posters crowding photos of my matriarchs who spent their lives in public service, fighting for the rights of poor people, Black people, unemployed people, elderly people. In my home, you weren’t allowed in on voting day without your sticker.

Yes, I’ve chosen to quietly pass among you. I’ve smiled quietly at your conservative rants. I keep my politics and my personal life out of my work space, for your comfort and for my safety. I blithely walk past your cowboy trucks in the parking lot plastered with Trump and NRA stickers, keeping my visceral shudder invisible to your sensitive eyes. I carefully don your logo to prove that I belong on the premises. It stays on even after work, so if I am stopped by the cops as I drive home, bleary-eyed after a 19-hour fundraiser day, I have the “plantation papers” to save me from harassment or worse.

After all, we have been doing good work and had some good times together, and I’ve been able to keep my blinders to your racism firmly in place and gently smile at your awkward attempts to prove you aren’t racist. I have even justified my own anti-Black behavior — hey, at least none of those trucks in the parking lot had flags or nooses dangling! Oh, that mass murder weapon in the silent auction toted suggestively by the pretty blonde wasn’t offensive, nor was the dog whistle “zombie apocalypse” joke about it from the emcee.

I kept smiling instead and simply forgot to mention that I am Black, just like my ancestor did after the Civil War.

California racists are a funny bunch. You’re really sure you’re not racist because you allow your children to attend public school with kids of all colors, whose parents speak odd-sounding languages, who have interesting-smelling things in their lunchboxes. You devour sushi and burritos and hot garlicky naan bread, and that makes you feel worldly. You are oblivious to the fact that by always carefully describing people who aren’t white as “beautiful”, you are fetishizing their otherness and putting them firmly in the category of not-you.

You were shocked — SHOCKED — that in our community, a Black-owned hair salon was targeted by illiterate scrawls of racist messaging a year or two ago. Let me just tell you, the Black community was not shocked at all. Sacramento, on paper, is a model of integrated ethnic groups. But the hard reality you like to forget is that the zipcodes divide us. They neatly separate the destinies of your children and mine.

Black and Brown and dark Asian and poor are separated from white and white-adjacent Asian and wealthy — and those from the other side of the freeway know to watch their backs over here. We still remember the two Sikh Grandpas gunned down in broad daylight strolling through their neighborhood shortly after 9/11. They still haven’t found the driver of that light-colored late model pickup truck.

Despite being racist and privileged, I know that you are actually not bad human beings. In fact, if you were shown 12 years of pictures of me at work (rare, because I intentionally hide behind the camera), you’d be hard pressed to notice that I am always the Only Black Person in the picture. I am the fly in your milk, trying hard not to be too Black.

Because you don’t see color, right? You don’t see that the board is 100% white and always has been in the organization’s 40 years, and that before me and during my 12 years of quietly smiling, I have yet to see another face of color on our staff. And by not seeing my color, you don’t see me.

But it’s time for me to speak, as America seethes and burns and you shake your head in disbelief, because my son’s life depends on it.

You’ve met my son. He fits the description they repeat from the ghetto bird that hovers over our neighborhood every weekend night: “African American male, age 19 to 25, around six feet tall, wearing a hoodie.”

Except he’s actually only 16 and super shy and kinda clumsy and loves animals and photography and Beyblades and some sort of anime trading card thing that I don’t understand. And he’s running around in the back yard giggling with a flashlight, hunting for the tiny tree frogs that hang out in the fountain making a gigantic racket, so he can take pictures of them with his phone.

This innocent activity could easily cost him his life here in South Sacramento. Stephon Clark was killed in his grandma’s backyard holding a phone, not three miles from here. He was shot by those same people that you want to support by sending over a raffle basket for their End of Watch fundraiser. And they’re all descendants of a system designed to catch escaping victims of human trafficking.

Let me clarify, I am the daughter of a district attorney and the stepdaughter of a sheriff. In fact, I always get kicked out of jury pools despite my deep hunger to serve in that way, because defense attorneys assume I would be biased in favor of law enforcement. And I believe in laws and an ordered society where people behave correctly, with consequences if they don’t. So you don’t get the luxury of lumping me in with Antifa, anarchists, far-left terrorists, or any other boogeymen that your preferred media channels plant firmly in your subconscious and nourish daily.

I was a sophomore in college when my sister’s neighborhood buddy Rodney King suffered injustice after a clear, witnessed, documented case of police brutality. We rioted in Atlanta while LA burned. It felt cathartic, sharp, like someone had catalyzed a fog into a laser light exposing a deep and festering wound.

In the decades since, policies have shifted. Trainings changed, language softened. People considered themselves “woke.” We even got ourselves a Black president, and some folks literally thought that meant racism was over.

We knew better than to believe that post-racial hype.

The normalization of far right extremist language and behavior after the election of 2016 proved our worst fears correct. We have watched in horror as years of civil rights advances, healthcare safety nets, environmental justice provisions, and voting rights safeguards were plowed under by this administration to make room for more profit for big companies.

And then all of a sudden, The ‘Rona started viciously targeting thousands of our Big Mommas and Pop-Pops and favorite Tias. While we were reeling from that and the complete lack of federal response, we experienced the trauma of watching a man cruelly, casually, slowly murdered in front of dozens of people and on multiple cameras.

Murdered! Over 20 bucks by not one cop but four, kneeling on his prone, facedown, handcuffed body like it was a kneeler at church, for longer than three hymns. It rocked every human being watching it to our core. Another catalyst.

In the more than a month since, record millions of people have taken to the streets to say, enough is enough. Major brands and organizations are at least claiming to be examining their complicity in a racist system. Racist symbols topple daily. The role of policing in society is being reevaluated. K-pop stans are rickrolling for justice, and I’m not even completely sure what that means, but I think it’s awesome.

Still, from you, the deafening silence.

Meanwhile, I stay home. I’m sidelined from working, and I’m sidelined from protesting. I’m staying home with my Black teenage son and my Black elderly fragile mom, praying hard to keep them safe. I’m praying to keep the BLM protestors safe, keep cops safe, even keep the damn white anarchists safe because at least somebody is finally paying attention while they break windows and spray paint and try to make our cause look bad.

The whole world is finally paying attention to lives like my son’s, like Elijah Taylor’s, because they should matter as much as your white son’s life matters and in this system, they simply don’t yet.

So please, go ahead and unfriend me. Shake your heads in wonder that I was always one of “them,” hiding in plain sight among you, smiling to hide my gritted teeth and my pain. I’ll probably be blackballed, blacklisted, and in every other way, treated like a Black person for speaking this truth. I may never be able to professionally raise funds for any good work in this town again. But at least I can finally breathe. 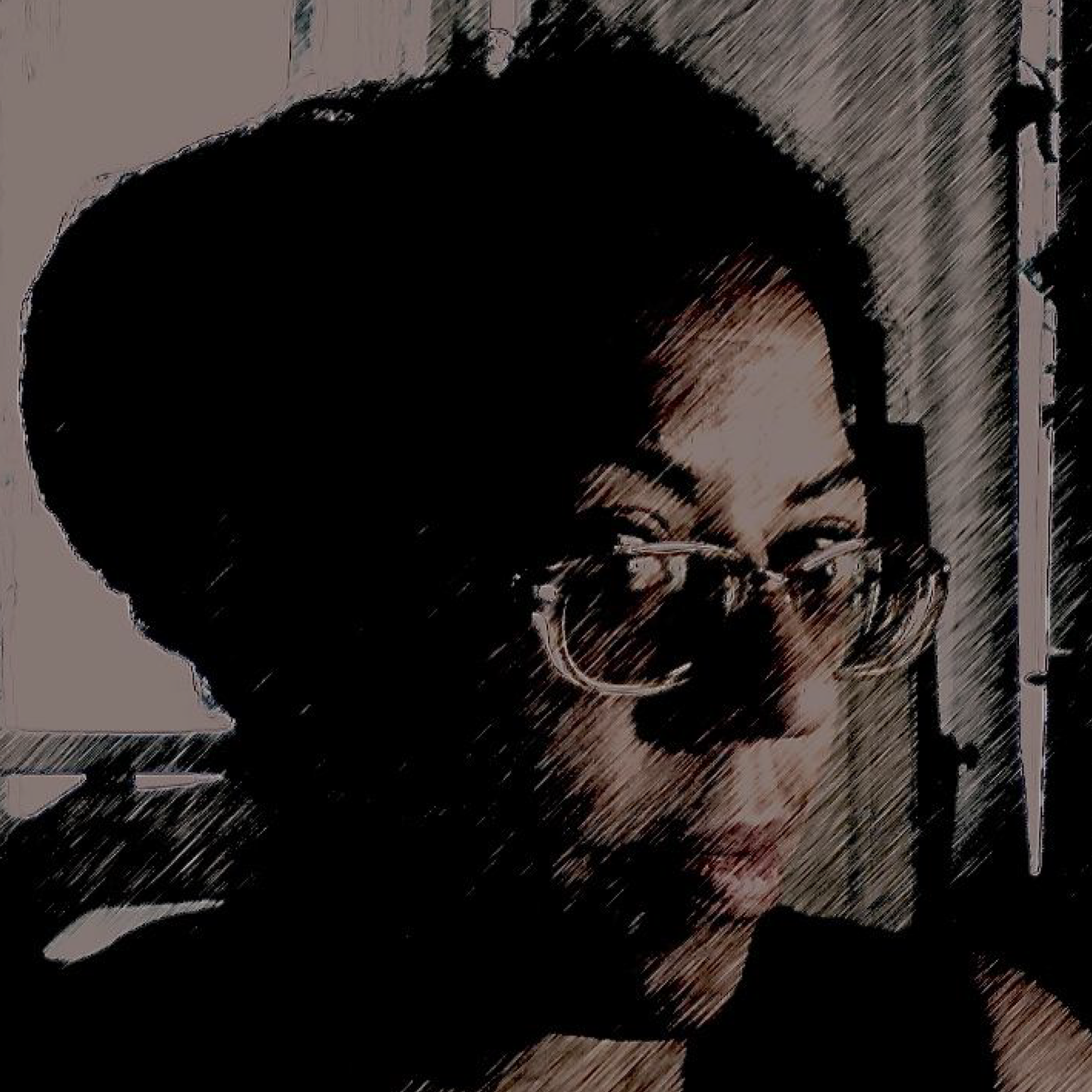 Marisa (she/her) is spending her quarantime growing zucchini bats on her front lawn, obsessing over other people’s Zoom rooms, and actively spoiling a multi-generational and multi-species household. Her favorite superhero is Word Girl and she is overly fond of commas, especially the Oxford one. Please subscribe to her new blog at marisadesalles.com so she can justify renovating her she-shed. Politics on Twitter, critters and plants on Insta @kidscatzntech.